Chelsea’s Eden Hazard: I’ve got no issue with Jose Mourinho 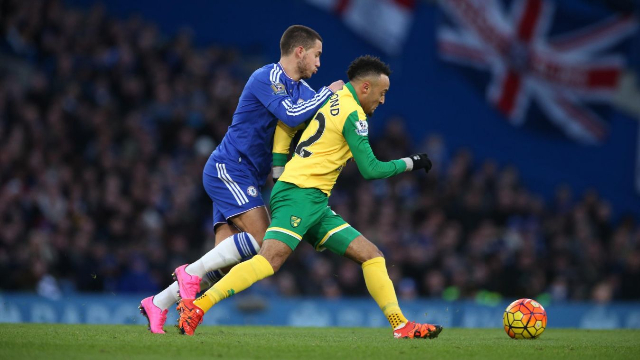 Eden Hazard has come under fire for some underwhelming performances and was benched by Jose Mourinho during Chelsea's woeful start to the campaign, but the Belgian says there is no problem with his manager and backed him to turn things around.

Chelsea, who raced to the title with an eight-point margin last season, are currently 15th in the Premier League with 13 games played, 14 points adrift of leaders Leicester City.

Mourinho has also come in for his share of criticism, and speculation about his future swirled with each poor result, but Hazard hopes Chelsea have turned a corner following Saturday's 1-0 win over Norwich City.

While Mourinho has previously criticized Hazard's defensive work-rate, last season's Professional Footballers Association player of the year said there was no rift with the Portuguese.

"I don't have a problem with him," the 24-year-old told the club's website.

"Maybe not this season because it will be difficult, but next season."

Hazard has looked out of sorts for much of the campaign but was much livelier on Saturday.

Brought in from the wing to play behind the main striker, Hazard was a blur of movement against Norwich, full of the mazy dribbles and intricate touches that marked him out as the league's best player last season.

"I hope this is the start of a good winning run. We have to work in the training, take pleasure on the pitch and try to win every game," added Hazard, who said last month he was in the "worst form of his life".

"I didn't start the season well, I know, but I gave everything in training and on the pitch. I hope I can get a lot of form and help the team to win games."

Hazard, who has yet to score this season, will be hoping to help Chelsea seal qualification to the Champions League knockout stages when they travel to take on Maccabi Tel Aviv on Tuesday.