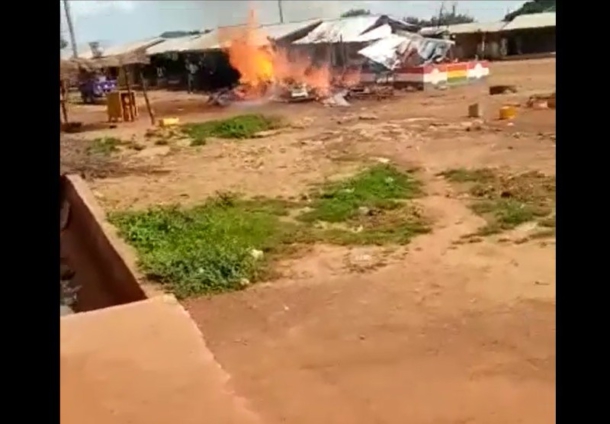 Member of Parliament for North Tongu, Honorable Samuel Okudzeto Ablakwa has commended the acting Inspector General of Police for taking swift action and causing the arrest of the perpetrators of the Chereponi clash.

Speaking to Bernard Akakpo on the Prime Morning Show this Wednesday, Mr. Ablakwa expressed relief at the prompt action of the IGP and his men. The Police arrested twelve men believed to have masterminded the destruction and vandalizing of the NPP offices in Chereponi after the Minister of Local Government, Decentralisation and Rural Development announced the list of Metropolitan, Municipal and District Chief Executives (MMDCEs) last weekend.

“The IGP has brought a fresh wave into policing in Ghana, and I must say, it is refreshing to see change in the system”

According to reports, the 12 persons arrested took the law into their own hands when the DCE for Chereponi was replaced by the President with another person in the recent appointment of MMDCEs. The twelve, believed to be sympathizers of the removed DCE, felt their candidate had been treated unfairly, hence the expression of agitation through destruction of the NPP office in Chereponi.

Without disputing the fact that there have been similar occurrences in the previous Mahama administration, Mr. Ablakwa lamented the pride with which such hooligans like those in Chereponi carried out their activities in the name of political parties.

According to him, the practice of destroying properties and committing crime in the name of politicking has gone on for way too long in the country.

“ …it is easy for such perpetrators to go without punishment when they are politically aligned”.

He stressed on the need for political parties to estrange themselves from such unguarded acts by people who claim to be party faithful and allow the full rigours of the law apply to them.

He further urged the IGP not to relent in his drive to improve policing and called on the government to fast track the approval process of making him a substantive IGP.