‘Chief One is a representation of determination’ – Edem 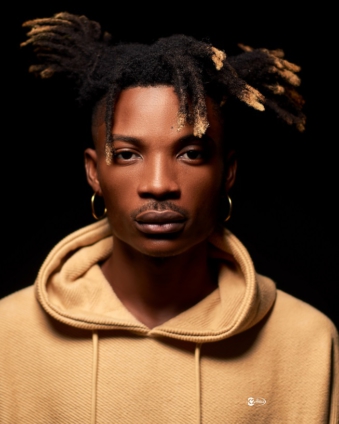 Rapper and singer Edem has heaped praises on the fast-rising artiste, Chief One for his determination.

He made this known after he was asked by Andy Dosty whether he had ever encountered the “Fire Dey” hitmaker, since they hail from the same region, Volta.

Speaking on Daybreak Hitz via Hitz FM, he said: “Chief One is a representation of determination, period”.

According to Edem, Chief One once approached him while he was in a town in the Volta Region, Kpetoe, to tell him how he had been following in his footsteps, and how he revers the “Nyornuviade” hitmaker as his mentor.

On the heels of the support Edem threw behind Chief One, it prompted the question of whether the rapper would like to sign the young artist anytime soon.

“But I can show my support by organizing seminars for them, speaking to them about branding, bringing resource people to talk to them, and collaborating with them,” Edem added.

From opening performances for bigger artists to regularly being on various stages to showcase his talent to the world, Chief One has cemented how determined he is to succeed in the music business.

With a cult following on social media, Chief One has risen through the ranks of being one of the artists to look out for in the Ghanaian music space.

Chief One has songs like ‘Nyemedzio’, ‘Mekamo’, ‘Young Boy’, ‘Feelings’ ‘Amin’, ‘Du-Agbe’, among other bangers.

He has been nominated for the 23rd edition of the Vodafone Ghana Music Awards ‘Unsung Act of the Year’, a category in which BRYAN THE MENSAH, Ama Nova, Shugalord, King Maaga, Nautyca, RCEE, Roy X Taylor and Vanilla Muzik are listed.

He recently won the enviable ‘Next Rated Act of the Year’ category at this year’s 3 Music Awards.

DISCLAIMER: The Views, Comments, Opinions, Contributions and Statements made by Readers and Contributors on this platform do not necessarily represent the views or policy of Multimedia Group Limited.
Tags:
Chief One
Daybreak Hitz
Edem
Hitz FM