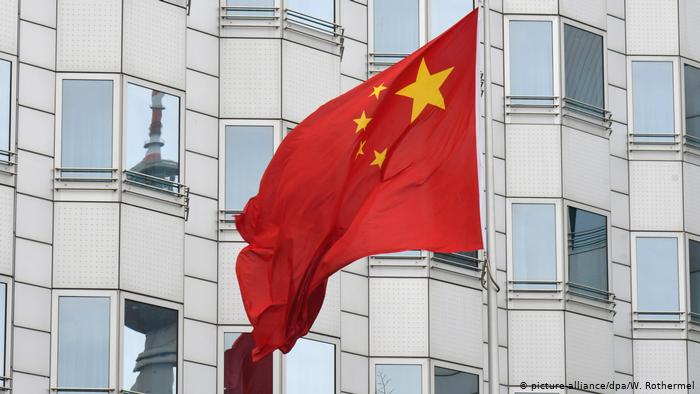 The Chinese embassy in Berlin issued a sharp rebuke Wednesday after the German parliament’s human rights committee hosted a meeting with Taiwanese politicians.

In a statement on its website, the embassy said German officials had made “irresponsible remarks” about China-related issues, such as Taiwan’s status and the recently introduced national security law in Hong Kong.

“It is strongly expected from the Taiwanese side that Germany not only admonishes China as a distant onlooker with regards to the actions in Hong Kong and Taiwan,” Jensen told the German press agency dpa. “We must be the ones who clearly demand that international law be observed.”

Taiwan has had an independent government since 1949, but China considers the island off its southeastern coast part of its territory.

China frequently reacts with hostility to attempts by foreign governments to recognize or conduct official exchanges with Taipei, insisting that countries with diplomatic ties with Beijing must forego relations with Taiwan.

Only 15 small countries recognize Taiwan as a state, but its democratically elected government has extensive commercial and informal ties with many nations. Germany has no formal diplomatic ties to Taiwan, the German Institute of Taipei coordinates with authorities there.

Nevertheless, according to the Foreign Ministry in Berlin, “Taiwan and Germany are important values partners, which are connected by close and substantial scientific, cultural and economic relationships.”

There is only one China’

Wednesday’s statement from the Chinese embassy urged Germany to stick to its commitment under the “one China policy.”

“There is only one China in the world. Taiwan is an inseparable part of China,” the statement said. “Adherence to the one China policy is an explicit political commitment of the Federal Republic of Germany, which also forms the basis of Sino-German relations.”

The statement also slammed what it called “interference” from German politicians who have criticized China’s introduction of a controversial national security law in Hong Kong. This is “highly unacceptable to the Chinese people,” the statement said.

In August, China warned Czech Senate speaker Milos Vystrcil he would pay a “heavy price” for making an official visit to Taiwan. The trip involved 90 representatives, the largest-ever Czech delegation to visit Taiwan since the European country became a democracy in 1989.

DISCLAIMER: The Views, Comments, Opinions, Contributions and Statements made by Readers and Contributors on this platform do not necessarily represent the views or policy of Multimedia Group Limited.
Tags:
China
German
Taiwan