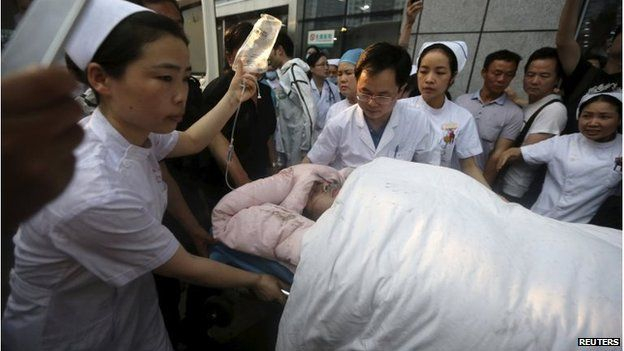 Hopes are fading of any more survivors being found inside a cruise ship which capsized on China's Yangtze River.

The Eastern Star, with 456 mostly elderly people on board, overturned in bad weather on Monday night.

Eighteen people are now confirmed to have died, says state media, and 14 have been rescued – some had been trapped in air pockets inside the hull.

Officials say they will keep looking for survivors, but it could be China's worst maritime disaster in decades.

"As long as there's even a little hope, we will give it 100% and will absolutely not give up," Transport Minister Yang Chuantang said on Tuesday. But he said rescuers were in "a race against time". 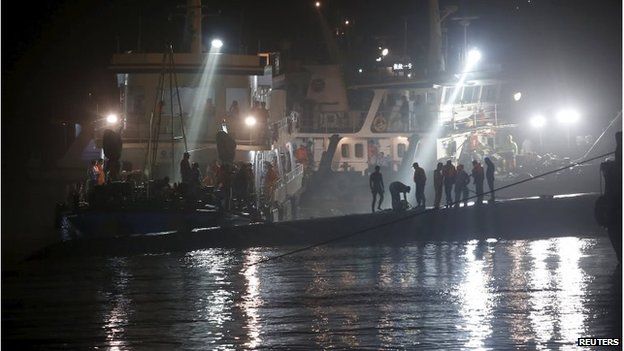 The Eastern Star overturned at about 21:30 on Monday evening (13:30 GMT) in the Damazhou section of the Yangtze. It did not send an emergency signal.

The captain – who survived and is now in police custody along with the chief engineer – said it was caught in a cyclone and went down in minutes.

China's Xinhua state news agency said meteorologists had confirmed that a "sudden, strong and violent" storm hit the area at the time of the capsize.

But the BBC's Jo Floto in Beijing says questions are being asked about how bad weather could capsize such a large boat in seconds while apparently not affecting any other vessels on the busy stretch of river. 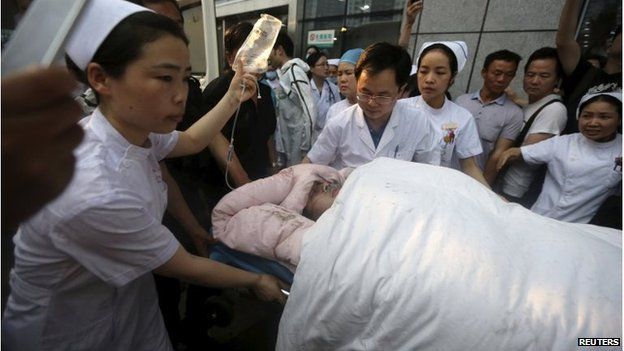 Rescuers had on Tuesday heard voices coming from the hull of the ship, but there were no such reports on Wednesday morning.

State Broadcaster China Central Television has now said that by late on Wednesday morning, 18 bodies had been recovered. Three were reportedly recovered in Yueyang, Hunan province, some 50km away.

Premier Li Keqiang arrived at the site on Tuesday and urged an "overnight battle" to find survivors. He also demanded "regular and transparent updates" on the operation.

But relatives of some of those on board have expressed anger at what they say is a lack of information from officials.

Divers carried out at least two remarkable rescues from the upturned vessel on Tuesday, including one of a 65-year-old woman.

Hubei military region commander Chen Shoumin told Chinese television divers had taken breathing apparatus into the ship and spent five minutes showing her how to use it before they helped her escape.

Three divers also found a 21-year-old man in a small compartment. They supplied diving apparatus and he swam out by himself.

One survivor, tour guide Zhang Hui, told the Xinhua state news agency heavy rain had come through cabin windows and the ship had tossed violently. He managed to grab a lifejacket just before the boat overturned.