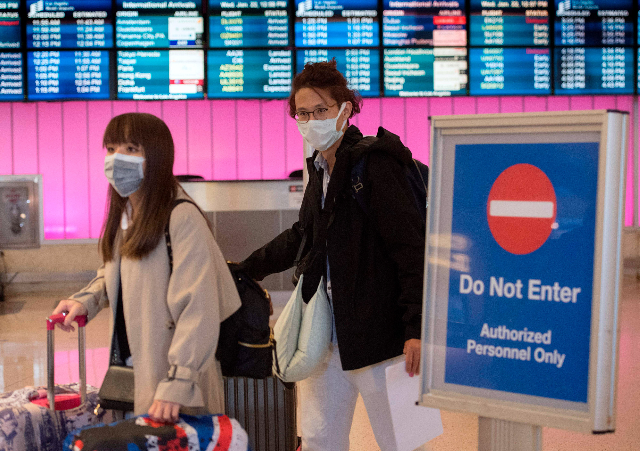 China will extend the current Lunar New Year Holiday for an unspecified period of time to help reduce the spread of the coronavirus that has killed at least 56 people in the country and continues to trigger new infections around the globe.

The holiday is a time when many Chinese leave large cities like Wuhan, where the disease broke out, to return to their hometowns, and the more than 3 billion trips can help spread the disease. The country will extend the holiday “to a proper extent” beyond Jan. 30, state media Xinhua News reported Sunday, citing a government statement. The period began Jan. 24.

An epidemic response committee led by Chinese Premier Li Keqiang earlier Sunday said extending the holiday was an “appropriate measure” to control the spread of the virus.

The decision comes as President Xi Jinping’s government is under pressure to arrest the rising death toll from the outbreak amid concerns the virus is showing little sign of slowing down. Chinese state TV reported Sunday that there are now 2,051 confirmed cases on the mainland. Deaths in the country climbed to at least 56 from only two a week ago.

Mainland China accounts for 98% of confirmed global infections, while more than a dozen countries and territories also reported the illness crossed into their borders.

California became the third U.S. state to confirm an infection from the novel coronavirus as China said the pneumonia-like illness is spreading more quickly. The person, who traveled from the Chinese city of Wuhan, the epicenter of the outbreak, is in isolation in a local hospital and in good condition, according to a statement from the Orange County Health Care Agency’s Communicable Disease Control Division.

Officials told reporters Sunday that information on the new virus is limited even though the pathogen was identified relatively quickly, and its transmission is increasing. China banned wildlife trade across the country, prohibiting the shipping and sale of wild animals and quarantining breeding sites, with the government warning against the consumption of wild animals. 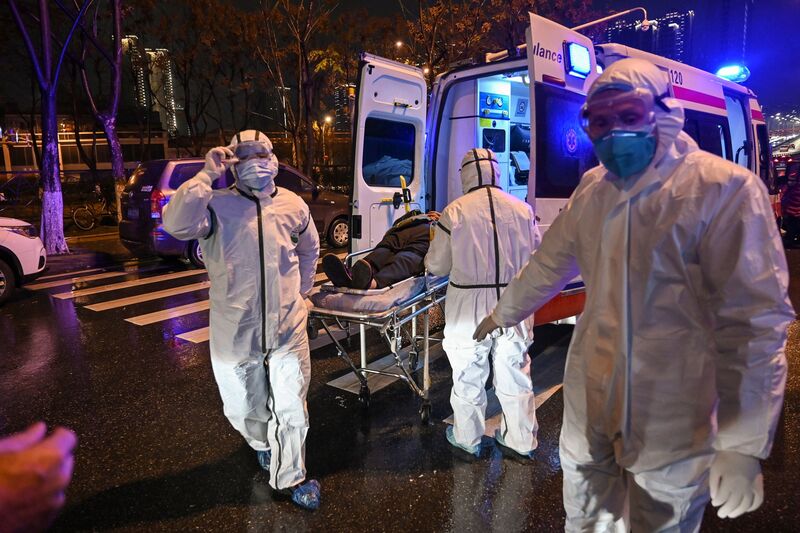 Chinese authorities on Sunday also said the virus isn’t yet under control despite aggressive steps by authorities to limit movement for millions of people who live in cities near the center of the outbreak.

Wuhan mayor Zhou Xianwang said at briefing on Sunday that the city may see 1,000 more confirmed cases, citing a 45% estimated confirmed ratio for the 2,700 suspected patients under observation. Separately, Hong Kong officials announced the city would bar residents of Hubei Province, where Wuhan is based, from entering the former British colony after midnight local time on Sunday. The ban would also apply to anyone who had traveled to Hubei in the past 14 days. An exception would be made for Hong Kong residents, the statement said.

The U.S. consulate in Wuhan plans to evacuate some Americans in a charter flight on Tuesday, and other governments and companies have said they too are prepared to help their people leave the city that’s under lockdown. Earlier infections in the U.S. were reported in Washington state and Chicago. Japan also plans to evacuate its nationals who wish to leave Wuhan, NHK reported Sunday. More than 700 Japanese are believed to be in the city.

Japan, Hong Kong, Thailand and South Korea also had more confirmed cases on Sunday, while Canada announced its first case on Saturday. Taiwan confirmed a fourth case of a woman who had visited Wuhan during the New Year’s holiday and then traveled in Europe before being diagnosed on her return on Jan. 25

In Hong Kong, authorities halted plans to establish a possible quarantine center in the northern New Territories district of Fanling after protests by nearby residents and local councilors. In France, the organizers of a Chinese New Year parade in Paris scheduled for Sunday canceled the event due to virus fears.

More than 1,600 people will be sent to Wuhan over the next two days to assist in efforts to contain the spread. The Chinese government is banning all outgoing overseas group tours as of Monday after suspending domestic group tours last week. 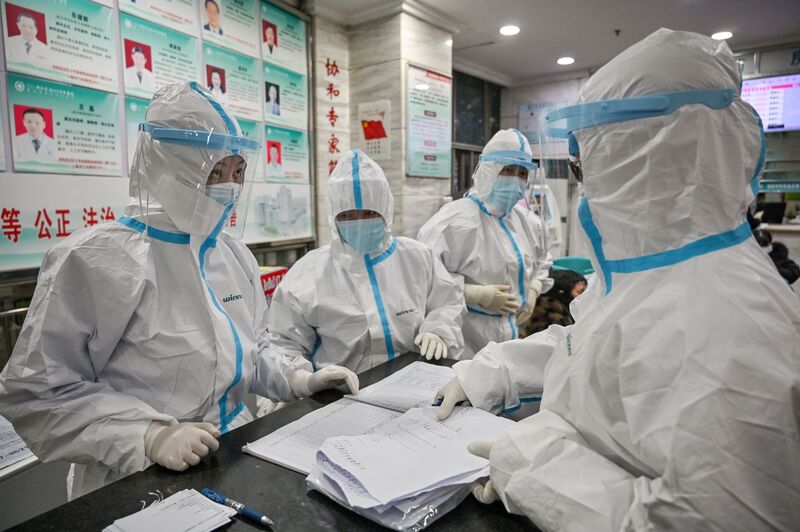 Scientists around the globe have been working to understand the virus better, how contagious it is and where it comes from. First detected in Wuhan last month, it has sparked fears that the disease could rival SARS, the pandemic that claimed almost 800 lives 17 years ago.

A clinical trial is underway using anti-HIV drugs ritonavir and lopinavir to treat cases of the new coronavirus, according to an article published in the Lancet medical journal Friday. Beijing’s municipal health commission said on Sunday the drugs made by AbbVie Inc. are part of the National Health Commission’s latest treatment plan, and its hospitals have supplies of the medicine if needed.

The new virus has an incubation period of about two weeks before infected people start to show symptoms, which resemble a cold or flu, according to the U.S. Centers for Disease Control and Prevention.

Reports have emerged of hospitals in Wuhan struggling to cope with growing numbers of sick people. Criticism of the government’s handling of the crisis on Chinese social media has centered on the initial response by authorities there, and Xi has warned officials who withhold information will be punished. 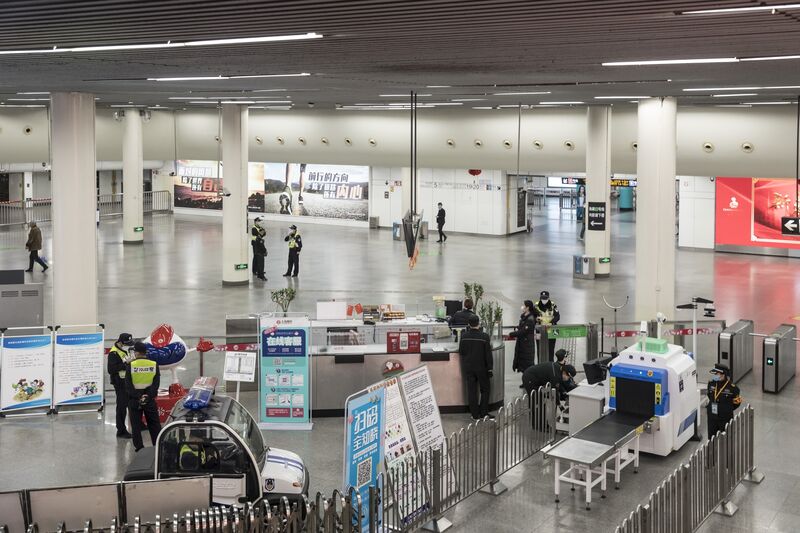 Police officers and security officials stand at a check point at the deserted People’s Square Station in Shanghai, Jan. 25.

The virus is believed to have emerged last month in a seafood and wildlife market in Wuhan, spreading from infected animals to humans, and police have raided wildlife markets across eastern China.

China has made strides in monitoring and detecting infectious diseases since SARS and tightened controls on the sale of exotic animals, considered nourishing in some parts of the country. Yet the markets, which offer conditions that can set off potentially deadly contagions, remain popular and a central part of life in many cities throughout Asia. 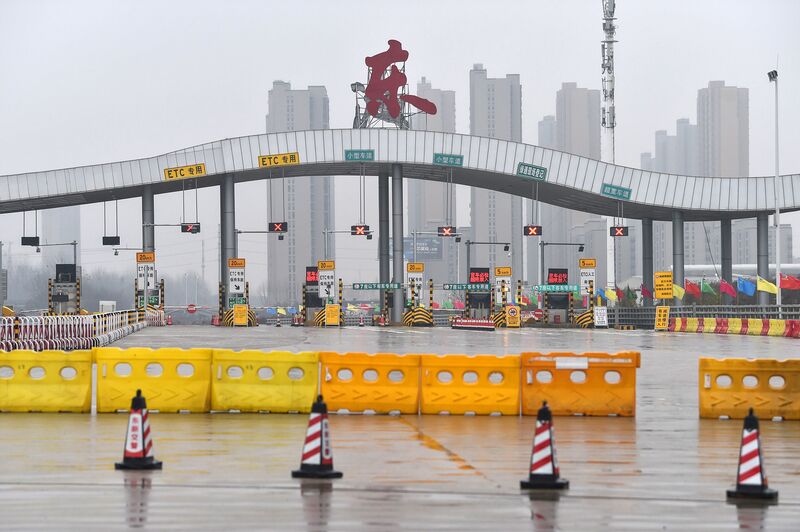