China’s yuan on course for worst month since 1994 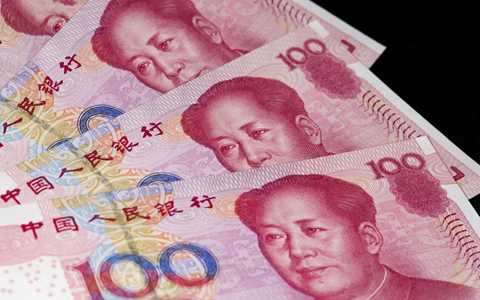 China’s yuan drifted lower on Friday, set for its worst month since the country’s currency reform in 1994, due to trade tensions with the United States and a slowdown in the domestic economy.

If the spot yuan finishes the late night trade at the domestic closing price, it would have lost 3.7% to the dollar in August, booking itself the biggest monthly decline since China unified official and market exchange rates in 1994.

On Thursday, spot yuan snapped a 10-day losing streak, the longest since December 2015, as Beijing and Washington gave signs they discussed a coming round of face-to-face negotiations in September, raising hopes to end the costly trade war.

The People’s Bank of China (PBOC) set Friday’s official yuan midpoint at its weakest in 11-1/2 years, though for a fourth straight day it was much stronger than the market expected, signaling the central bank’s intention to slow the currency’s decline.

At the start of August, U.S. President Donald Trump threatened to slap fresh tariffs on Chinese goods. Days later, China let its currency slide past the key 7 per dollar level for the first time since the global financial crisis, and Washington labelled it a currency manipulator.

Analysts and traders believe that during August, the central bank heavily used its counter-cyclical factor, a tool introduced to the midpoint fixing mechanism in May 2017, to reduce price swings.

“An aggressive CNY depreciation is unlikely in the foreseeable future,” Zhou Hao, analyst at Commerzbank in Singapore, said in a note on Friday.

“Instead, a gradual and managed depreciation remains the baseline in our opinion as this is in line with China’s overall strategy. Needless to say, the capital controls in mainland China still remain in place, which also means that the authorities will still be able to control the pace of the currency depreciation to a larger extent if they deem this necessary.”

“If there are no more new tariffs, the spot yuan is likely to consolidate at current levels,” said a chief trader at a Chinese bank in Shanghai, adding that it could strengthen if implementation of U.S. tariffs is delayed

Becky Liu, head of China macro strategy at Standard Chartered Bank in Hong Kong, said in a note she expects Chinese authorities “to avoid heavy-handed intervention to maintain USD-CNY at or under any specific level”.

“The authorities will likely allow further depreciation in an orderly manner, while continuing to curb excessive sudden movements,” she added, revising her year-end forecast for the yuan to 7.23 per dollar from 6.86 in July.