Choosing career over my child was a difficult decision to make – Nana Aba Anamoah - MyJoyOnline.com 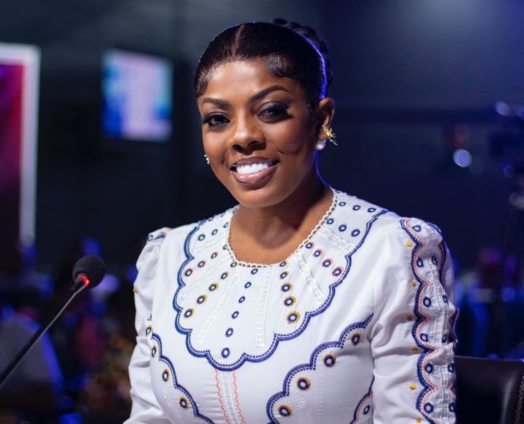 Broadcast Journalist, Nana Aba Anamoah has recounted an interesting account of having to choose between her son and her job.

The accomplished broadcaster chose the latter and has described it as the most difficult decision she ever had to make.

She made the revelation on Joy FM’s ‘Media, Showbiz and Motherhood Dialogue’, hosted by Edem Knight-Tay, at the Labadi Beach Hotel on Saturday, May 7, 2022. The all-female event aimed at unearthing the secret behind how successful media practitioners joggle their career and motherhood.

According to Nana Aba Anamoah, who was a news caster at the time, she found herself in a dilemma. One evening before she read the news on TV, she received a disturbing piece of information that left her almost blank.

“I was late for the news, and just before I was about to go on air, I received a text message from mom saying she had picked up my son and a car had just knocked him”, she revealed, stating in plain words, “I didn’t know what to do”.

However, the ambitious broadcaster put a smile on her face and read the news, ignoring the unfortunate news she had received prior to a major news bulletin. During the break, she informed her director who wondered why she chose to read the news instead of attending to her son.

Nana Aba Anamoah shared the reason behind her decision at the time, “I was thinking about my career, Emma Morrison, the producer would’ve understood, but I wasn’t sure the men who were in charge of the organization would understand, but I sailed through that bulletin”.

She further detailed that, “it was the most difficult decision I had to make choosing my career over my child… it was painful, I felt so bad because I let myself down and I let my son down”.

The accomplished broadcaster has obviously learnt her lessons and now prioritizes family. Asked if her decision would be any different, should she find herself in a similar situation now, Nana Aba Anamoah stated, “I would walk away”.

The ‘Media, Showbiz and Motherhood Dialogue’ was organized by Joy FM, ahead of Mother’s Day, to discover how hardworking women in the media serve two masters; career and motherhood. Others on the panel included; Gifty Anti, Dzifa Bampoe, Claudia Lumor, Dr. Ellen Osei, Diamond Michelle, Doreen Avio and Diana Hopeson.