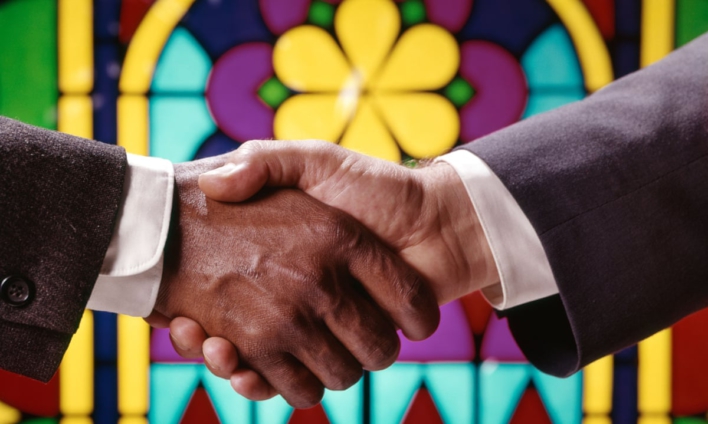 The Christian Council of Ghana has called on the two leading political parties to ensure peaceful campaigns ahead of the December polls.

This comes after the clash that occurred between the supporters of the National Democratic Congress and the New Patriotic Party during a peace walk in the Odododiodio constituency last Sunday, October 25.

The statement by the Christian Council of Ghana called for an immediate cessation of any form of violence by the two leading political parties.

In view of the fact that Odododiodio constituency has been highlighted as a hotspot ahead of the general election, the Council urged the two parties to rise above political divisions and stand for peace.

“The Odododiodio Constituency has been noted as a hotspot, but this time than ever before, the parliamentary candidates of the NPP and NDC should rise above the polarization and stand firmly for peace and justice, and the protection of life and property in this period, before, during and after Election 2020.

“The two particular candidates, in particular, should act as statesmen and rekindle national and international confidence in their intentions,” the Council stated.

The Council further urged the Ghana Police Service to help maintain peace and order and “employ force only in proportion to the actual threat faced.

Also, the Council emphasised on the need for party supporters, activists and electorates to comply with the instructions of the security agencies and agents as they carry out their duties.

“In this election season where demonstrations, walks and other modes of campaigning are on the increase, it is important for us to know that we cannot do without the support of the security agents.”

The Christian Council of Ghana has advised the government not to interfere with the works of the security agencies especially in meting out punishment to culprits.

“We call on the government to allow the security apparatus and other state institutions to do their work without any interference, thus all who are found culpable of any offence must be punished without protection from any political figure.”

DISCLAIMER: The Views, Comments, Opinions, Contributions and Statements made by Readers and Contributors on this platform do not necessarily represent the views or policy of Multimedia Group Limited.
Tags:
Christian Council
General Elections
NDC
NPP