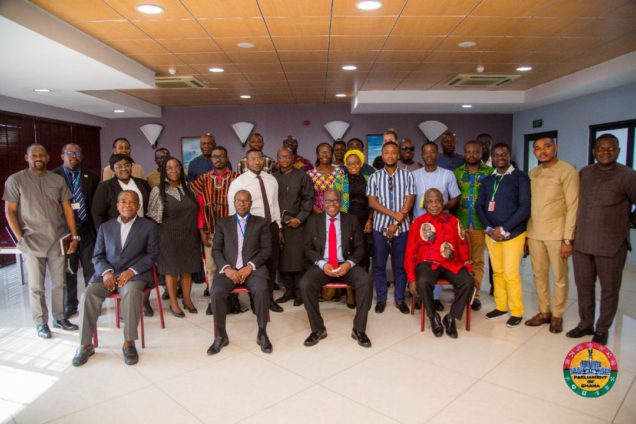 Speaker of Parliament, Alban Bagbin has reiterated his commitment and that of the 8th Parliament to create the necessary conditions that will make it possible for Civil Society Organisations (CSOs) and the media to partner with parliament to strengthen and perform its oversight role effectively.

According to him, even though Ghana’s Parliament was rated high internationally, it’s rating in the area of oversight was unsurprisingly low and called for a more strategic approach and alliance to address this challenge.

Mr. Bagbin made this known during a report-back and interactive session with Civil Society Organisations and Think-Tanks in parliament today.

The meeting brought together heads of various civil society organisations whose areas of expertise bothers on good governance and accountability in line with Parliament’s medium-term Corporate Strategic Plan.

Goal two of the plan is to advance discourse on promoting Parliament oversight responsibility towards achieving equitable, transparent, and inclusive governance of public goods and services.

The Speaker used the occasion to stress the need to focus on the critical areas of the constitution which have been overlooked and the need for public education on the make-up of parliament.

“We need to focus on critical areas of the constitution which have been overlooked. We need a Parliament Transition Act. Many people think Parliament is about only MPs. They don’t know that there are other areas such as Parliamentary Service, Ancillary Staff and many others” he said.

The Speaker also spoke on the need to consider the possibility of a legislation on the funding of political parties in the country and on ethical governance, especially on lobbying. He urged the COSs to partner with parliament to strengthen its oversight responsibilities to propel the development of the country.