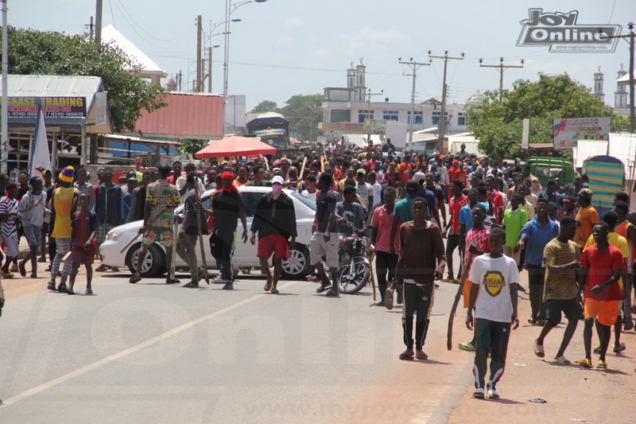 A legal practitioner, Martin Kpebu says citizens must be given in-depth education on their rights to enable them to make informed decisions.

According to him, the misconception that the only time the right thing can be done is when the military steps in to brutalise people for possibly acting wrongfully should be a thing of the past.

“We have to do more education. As long as we have this high rate of illiteracy in Ghana, these soldiers will have room to operate because some people like what they do.

“They say yes, that’s justice. As for soldiers, when you bring them, they will brutalise you, and everything will become quiet. Would you believe that people still think that way today?”

Mr Kpebu, who was commenting on the recent incident at Ejura in the Ashanti Region on JoyNews’ AM Show, noted that attaining instant justice seems to have become right in the Ghanaian culture.

Hence, people prefer that over the court proceedings, he said.

During the Ejura youth protest over the death of Ibrahim Mahammed on Tuesday, the police officers in the region were said to have lost control over the crowd, hence calling on the military’s support.

However, the presence of the military ended in what was described as a clash between the protesters and the officers in which an officer was captured firing directly into the crowd killing two people in the end and others left with gunshot wounds.

Mr Kpebu said the action by the military on the day may be fueled by the quest, for instance, justice “because some people like it.”

“These videos you’ve seen, I have heard people say that yes, that’s how it is because when you go to court, it takes forever,” he told host Benjamin Akakpo.

He stressed that people have no regard for the rule of law “they would tell you that bring in the military, as for soldiers, soldiers will come and brutalise them.”

Therefore, the legal practitioner wants people to appreciate the court proceedings, although the process may take some time, rather than relying on instant justice.

“People fail to appreciate that the rule of law requires that there should be due process. So you cannot just go to court and [expect that] within a week you’ve finished, no, there are processes,” he said.

However, he said, “I pray that the authorities will identify the soldiers and have them prosecuted because, in law, it’s allowed, thus the civilian court which is separate from the court-martial.”

DISCLAIMER: The Views, Comments, Opinions, Contributions and Statements made by Readers and Contributors on this platform do not necessarily represent the views or policy of Multimedia Group Limited.
Tags:
Ejura youth protest
Ghana Armed Forces
Martin Kpebu
Military clash with Ejura youth