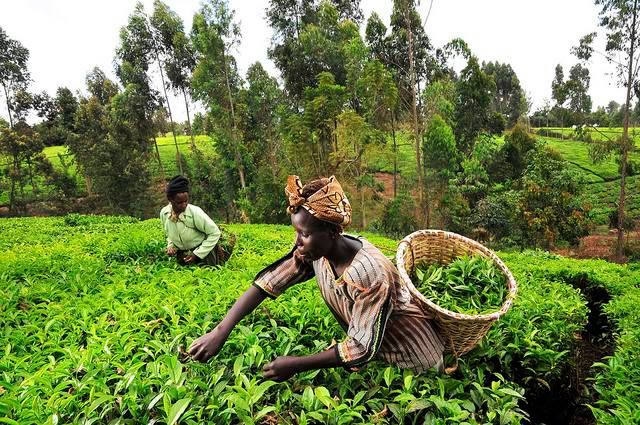 Civil Society Organisations across Africa have called on African governments to transform the current industrial agriculture by prioritising agro-ecology strongly at the centre of their climate change actions.

This will create the enabling environment through policy and public support programmes for the scale up and scale out of agro-ecology as an alternative, nature-based solution to the failed industrial and commercial model of agriculture and food production system.

Forty-five CSOs signed a petition at the Africa Climate Week to draw the attention of African governments’ on the matter.

The petition stressed the need to prioritise climate change adaptation in the Nationally Determined Contributions (NDCs) while unanimously demanding of the industrialised countries to do their fair share of climate action.

Such actions according to them, suggest the provision of adequate climate finance for the implementation of the continent’s national adaptation and mitigation plans.

Philip Jakpor, Head of Media and Campaigns, Environmental Rights Action/Friends of the Earth Nigeria (ERA/FoEN), said that industrial agriculture must be replaced with agro-ecology.

"Since the beginning of the Africa Climate Week, we have been witnesses to how the fossil fuel industry trade associations and their allies tried to steer the discussions away from the real solutions. We stand with farmers and other groups advocating agro-ecology in place of industrial agriculture which contributes to climate change".

To advance the agro-ecology argument, existing environmental laws must be enforced whiles implementing policies and programmes to halt the rate of environmental degradation, restoration of degraded areas and conservation of the ecological systems.

The group remains deeply sceptical of what they describe as false solutions which are; climate-smart agriculture, carbon markets, geo-engineering and recognize that climate insurance has a limited role to play in building resilience.

“Challenge false solutions being put forth by actors with commercial interests which will further entrench inequality within our citizenry.”

"The solution to climate change is within the realm of non-market mechanisms and pro-people initiatives. Agro-ecology will not only tackle climate change, but it will also ensure that local livelihoods are protected," said Labram Musah.

In the petition, the CSOs demand “support women farmers with less labour intensive innovations and technologies that reduce the burden of women and girls unpaid care work whiles also contributing to mitigation measures of climate change."

The also called for the provision of adequate budgetary support with specific targets for women and translate national policies into local actions for effective implementation.

Global warming is always increasing at an exponential rate and scientists are warning that “we have less than a decade”.

Considerable efforts are required to keep global temperatures as close to 1.5° above preindustrial levels as possible, to avert a looming global climate catastrophe.

This, therefore, requires every country to honour its commitment to reducing greenhouse gas (GHG) emissions as their contribution to climate change mitigation through the implementation of the Paris Agreement.

“Due to different levels of emissions and capacity to finance the negative effects of climate change, countries with high emission levels must be guided by the principle of equity in order not to accept or take upon themselves an undue or disproportionate burden for climate change mitigation”, the petition advised.

According to the petition, non-market approaches to climate change must be supported.

It is well documented that carbon markets have failed in achieving their environmental objectives and that many carbon offset projects have a devastating social impact.

Carbon markets will never be able to meet their environmental and social objectives and should be abandoned for alternatives that fit the needs of peoples at the frontline of the crisis.

As governments of Africa, Private Sector Actors, Civil Society Organizations and Farmers have all been articulating climate actions towards building resilience communities.

There is strong and factual evidence that agro-ecology systems, as nature-based solutions, are superior to external input industrial and commercial agriculture.

20. Fellowship of Christian Councils and Churches in West Africa (FECCIWA)

22. Friends of the Earth Africa (FoEA)