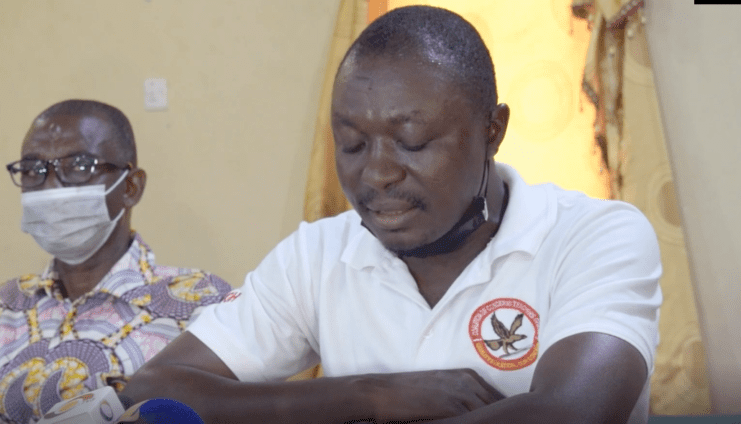 The Ashanti regional chapter of the Coalition of Concerned Teachers Ghana has announced its support to dismiss the acting President of the Association, King Ali Awudu, and the entire National Executive Committee.

Their decision is premised on allegations of gross misconduct levelled against the acting President.

The Coalition of Concerned Teachers Ghana on 22nd December 2021 announced the appointment of a 7-member interim committee to replace their National Executive Committee.

They say the conduct of the National Officers over the period has brought the name of the Coalition into disreprute.

The Chairman of CCT-Ghana for Ejura Sekyeredumase, Abdul Razak said “the entire membership of CCT-Ghana Ashanti Region branch, fully and wholly support the recent press conference asking the National officers led by King Ali Awudu to step aside for an interim team to act for a while.

“We fully associate ourselves with reasons given and we give our blessings and support to the interim 7-member team tasked to steer the affairs of the Union going forward.”

The Coalition also indicated it can no longer hold its anger over the government’s failure to complement the new curriculum with textbooks.

“The new curriculum that has run for three years now at the basic school level that is primary level is yet to be complemented with textbooks by the Ghana Education Service. This development is hampering effective teaching and learning at the basic school.

The interim committee announced the reinstatement of all suspended and dismissed officers and members who were wrongly removed from the Union.

DISCLAIMER: The Views, Comments, Opinions, Contributions and Statements made by Readers and Contributors on this platform do not necessarily represent the views or policy of Multimedia Group Limited.
Tags:
Abdul Razak
CCT-Ghana