Cocoa Farmers’ Pension; over 2,800 farmers in New Ebubiase to be registered in two weeks 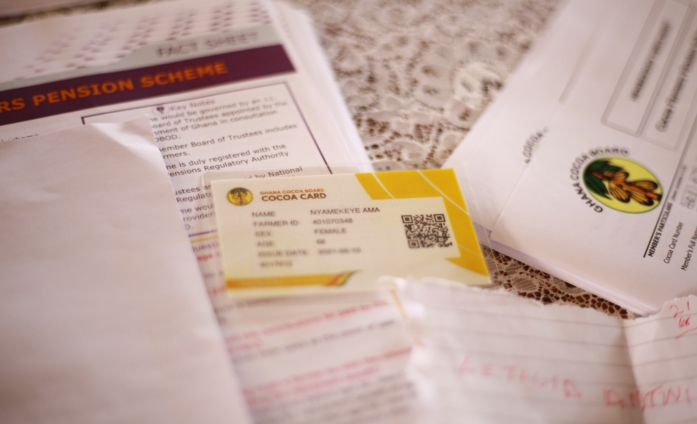 Ghana Cocoa Board has begun the pilot registration for the Cocoa Farmers’ Pension Scheme in New Edubiase Cocoa District of the Ashanti Region.

The scheme, will provide decent retirement income for cocoa farmers.

Over 2,800 Cocoa farmers in the New Edubiase District will be registered for the Pension Scheme, an exercise which is expected to be completed in two weeks.

Contributions will be deducted at the point of sale, where farmers sell their cocoa beans to the licensed buying companies (LBCs).

Stallion Trust and Administration, is the company in charge of the registration processes.

“Mandatory Contributions will be deducted at the sales point of the cocoa,” he noted.

The scheme selected New Edubiase for the pilot project because it is the highest cocoa producing district in the Ashanti Region.

As part of the scheme, five percent of the value of the beans sold, will be deducted electronically and credited to the account of the farmer.

However, seventy-five percent of the contributions will be locked into an investment fund out of which the cocoa farmer can access monthly incomes at age 60.

A consultant to Stallion Trust and Administration, Arnold Mensa- Bonsu, says twenty-five percent will constitute a savings account for the cocoa farmer, accessible after five years.

“Administrators of the scheme have a digital arrangement whereby, anytime you sell a minimum of 20kg of cocoa, five percent will be deducted and put into your account

Cocoa Board will contribute one percent of cocoa farmers sales for every five percent contributed by the farmer when the scheme starts.

According to some cocoa farmers, the scheme will make the agriculture sector attractive to the youth.

“The pension scheme is really going to motivate the youth to join the farming sector, especially those involved in illegal mining” Richard, a cocoa farmer said.

Another said, “Life would have been easier if the scheme had been implemented a long time ago”

The Scheme is duly registered with the National Pensions Regulatory Authority.

DISCLAIMER: The Views, Comments, Opinions, Contributions and Statements made by Readers and Contributors on this platform do not necessarily represent the views or policy of Multimedia Group Limited.
Tags:
Cocoa farmers
Cocoa pension scheme
COCOBOD
New Edubiase