Collaborate with me if you want that dope record – Kwaw Kese tells Vic Mensa - MyJoyOnline.com 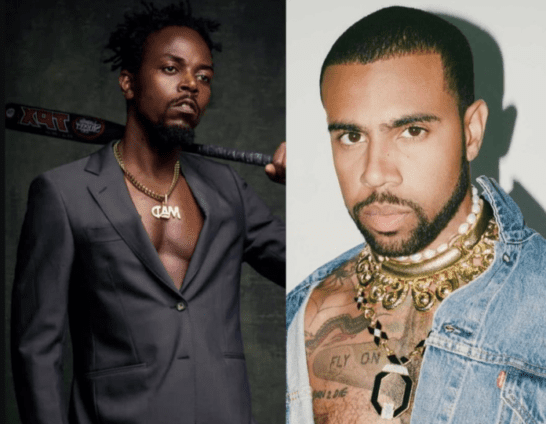 Rapper Kwaw Kese says he is the only Ghanaian artiste who can give Ghanaian-American rapper, Victor Kwesi Mensah popularly known as Vic Mensa a hit song.

He explained that, even though the US-based artiste signed to Roc Nation intends to collaborate with some Ghanaians musicians including Stonebwoy and Sarkodie, he is the one with the magic wand.

In a tweet, Kwaw Kese asked someone to send the message to Vic Mensa, who has since been chilling with colleague rapper, Chance The Rapper when he touched down in Ghana from the US.

The ‘Abodam’ hitmaker wrote: “Someone tell Vic Mensa that he needs a collab with the man insane, all the ones he’s made in GH is good but nframa nkoaaa. You need that boom sound. [sic]”

Someone tell Vic Mensa that he needs a collab with the man insane , all the ones he’s made in Gh is good but nframa nkoaaa.
Yo u need that boom sound

Shortly after his tweet, some social media users attacked Kwaw Kese; calling him as a clout chaser.

They urged him to rather contact Vic Mensa formally for a collaboration instead of throwing jabs at his colleagues.

But Kwaw Kese angered by the feedback replied his critics in equal measure.