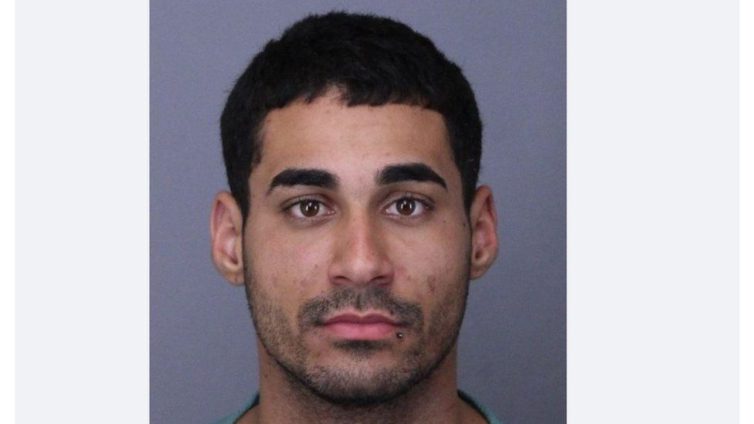 A truck driver who was facing a 110-year jail term for a deadly crash has had his sentence reduced to 10 years, following widespread outcry.

Rogel Aguilera-Mederos’ lorry crashed into traffic in 2019, killing four people in the US state of Colorado.

At trial he was convicted on 27 counts, and the judge said state law forced him to impose the lengthy sentence.

But on Thursday, Colorado Governor Jared Polis commuted what he called an “unjust” sentence.

Aguilera-Mederos was transporting timber in the Rocky Mountains foothills when the deadly crash happened in April 2019.

The lorry careered downhill into stationary traffic, bursting into flames and causing a major pile up in the city of Lakewood.

Aguilera-Mederos, a Cuban immigrant, told officials that his brakes had failed, and that he had tried his best to avoid other vehicles as he lost control of the truck.

But prosecutors argued that the 26-year-old knew his brakes were failing.

They said he dangerously weaved between vehicles, and that he drove past at least one runaway truck ramp – long lanes at the side of roads designed for vehicles with brake problems to drive into and stop safely.

Judge Bruce Jones told the court that – under Colorado law – he had to impose the mandatory minimum sentence for all of convictions, and that they must be served consecutively.

“If I had the discretion, it would not be my sentence,” the judge said after Aguilera-Mederos was convicted.

More than five million people, including reality TV star and law student Kim Kardashian West, signed a petition that called for a reduction in his lengthy prison sentence.

Truck drivers also announced on social media that they would boycott Colorado over the sentencing.

As governor, Mr Polis has constitutional power to grant pardons, clemency and commutations.

In a letter to Aguilera-Mederos, he called the crash “a tragic but unintentional act” and said there was “an urgency to remedy this unjust sentence and restore confidence in the uniformity and fairness of our criminal justice system”.

Aguilera-Mederos will be eligible to apply for parole in five years.

The timing of the governor’s move has not been welcomed by everyone.

In a statement, District Attorney Alexis King said she was “disappointed in the Governor’s decision to act prematurely”.

A hearing to reconsider the verdict had already been planned, and Ms King had previously said she would ask for Aguilera-Mederos to be resentenced to up to 30 years in prison.

“I joined the surviving victims and families of those who lost their loved ones in their wish to have the trial judge determine an appropriate sentence in this case,” said Ms King.

DISCLAIMER: The Views, Comments, Opinions, Contributions and Statements made by Readers and Contributors on this platform do not necessarily represent the views or policy of Multimedia Group Limited.
Tags:
Colorado Truck Driver
Kim Kardashian West
Rogel Aguilera-Mederos
Truck Accident