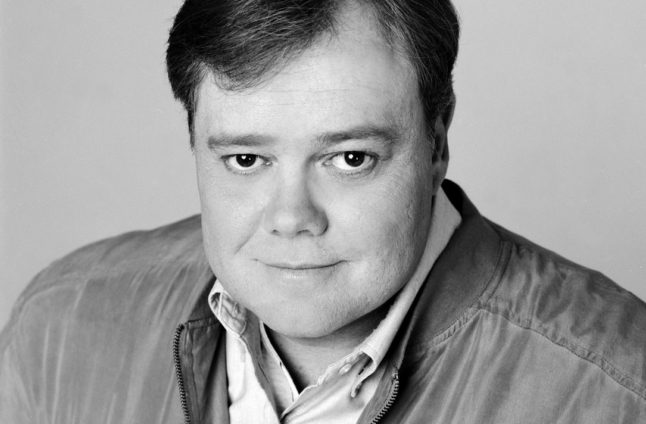 The comedian’s death was confirmed by Anderson’s rep, noting the cause of death as complications from cancer; earlier this week, it was revealed that Anderson was being treated in a Las Vegas hospital for Diffuse large B cell lymphoma.

“Born in St Paul Minnesota, the three­-time Emmy Award winner was one of the country’s most recognized and adored comics,” his rep added. “His career spanned more than 40 years. He was a bestselling author, star of his own standup specials and sitcoms.”

Anderson notably overcame what he described a tough childhood in Minnesota, the 10th of 11 children in a poor household with a loving mother but an “abusive alcoholic father.” “We had to decide whether we would shut off the gas or the lights, because we could only pay one of them,” Anderson told Conan in 2019. “We always shut off the lights because my mom had a thousand candles.”

A giant in the comedy world, Anderson began his career as a writer for stand-up legend Henny Youngman before breaking out on his own in 1984 with a show-stopping appearance on Johnny Carson’s The Tonight Show:

Throughout the Eighties, Anderson made brief but memorable appearances in films like Ferris Bueller’s Day Off (as a flower deliveryman) and Coming to America, with Anderson reprising the role of lettuce-washing McDowells employee Maurice in Coming 2 America earlier this year.

The following decade, Anderson’s childhood served as the inspiration for the animated series Life With Louie, as well as the short-lived sitcom The Louie Show. Anderson was also recruited to serve as host of Family Feud from 1999 to 2002 and was a stalwart on Hollywood Squares during the same period.

While never out of the spotlight, Anderson enjoyed a career renaissance in 2016 with his acclaimed role in the Baskets, playing Christine Baskets, the mother of Zach Galifianakis’ twin characters. Anderson received an Emmy for Outstanding Supporting Actor in a Comedy Series for the role.

Soon after, Anderson would appear in shows like Search Party (as a bumbling lawyer) and Young Sheldon.