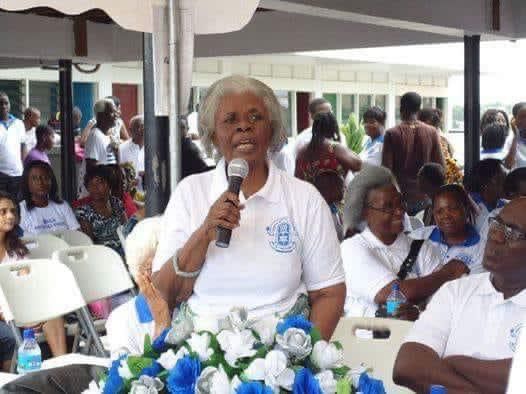 The death is reported of Mrs. Comfort Doide Engmann in Accra on Monday, September 20, 2021.

Having had her secondary education at Wesley Girls’ High School in Cape Coast, the late Mrs. Comfort Engmann started her teaching career there from (1951-1958).

She was the Founder and Proprietress of North Ridge Lyceum (1974 – Date) and a former Headmistress of Mfantsiman Girls’ Secondary School (1963-1967).

In her public life, the late Comfort Doide Engmann was a Government Nominee on the National Development Commission of the Third Republic and the National Council on Women and Development in 1974.

She was also a member of the Ghana Education Service Council up to 1982.

She was Chairperson of the Accra Ridge Church Council from (1989-1993) and a member of the Division of Education of the Methodist Conference.

In addition, she was a Founding Member of Women’s World Banking and the Ghana Social Marketing Foundation.

Funeral Arrangements will be announced in due course.