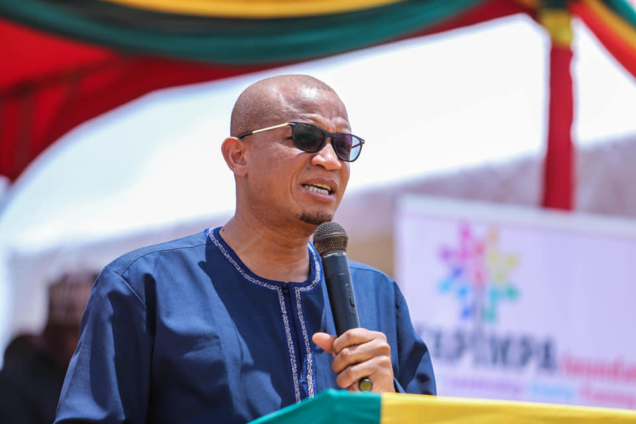 One main challenge faced by commercial drivers, tricycle operators and vehicle owners in the Upper West Region over the years has been the issue of adulterated fuel.

At the start of the year, the National Petroleum Authority (NPA) led by its Chief Executive, Dr. Mustapha Abdul-Hamid concerned about the situation, tasked officers of the authority to come out with pragmatic measures to ensure that the practice is nipped in the bud.

Almost seven months after the fiat was issued, JoyNews Upper West correspondent Rafiq Salam went to the Wa Central Business District and reports that there is zero tolerance for fuel adulteration at the pumps but the major worry now is the undulating fuel prices.

Industrial Relations Officer of the Upper West Region’s branch of the Ghana Private Road Transport Union (GPRTU) of Trade Union Congress (TUC), Alhaji Nuhu Mahama commended the NPA Chief Executive for the pragmatic steps taken which is of enormous benefit to them.

“Dr. Mustapha Abdul-Hamid’s visit to the region has made a lot of impact at the pump level. We are no more experiencing adulteration of fuel at the pumps. We have to say we are very grateful for coming to share an idea, because we are also a stakeholders,” he said.

Alhaji Nuhu urged the NPA boss to replicate this in other regions which will inure to the benefit of members.

Ibrahim Ismailia used to work as a driver for government organization until he went on retirement few months ago. He now owns a taxi and plies between the Wa municipality and Fian in the Daffiama -Bussie-Issa district.

”The fuel stations are giving us the right quality of fuel. Over the years, there have been rumors of adulteration but now I haven’t experienced it anywhere. The fuel is good as a result of the education from the NPA,” he posited.

The Secretary of Bamahu Station Tricycle Operators Association, Ahmed Hissan Jimba on his part noted that they used not to buy fuel at the fuel stations but from gallons outside the fuel stations.

The belief of petrol consumers in the region is that adulteration of fuel at the pumps doesn’t exist anymore due to the stringent measures put in place by the NPA.

The cruel reality however, is that the suspected adulterated fuel brought from neighboring countries, particularly from Burkina Faso and Cote d’ivoire through unapproved routes, though of low quality are cheaper in price and explains why some are gravitating towards it.

They suggested that another way it could be stopped is to reduce the price of fuel in the country.

Meanwhile, Upper West Regional Manager of the NPA, Mr. Bashiru Natogma has cautioned vehicle owners and commercial drivers not to buy fuel from outside the pumps or jerrycans stating that they have not been sanctioned by the NPA.

DISCLAIMER: The Views, Comments, Opinions, Contributions and Statements made by Readers and Contributors on this platform do not necessarily represent the views or policy of Multimedia Group Limited.
Tags:
Adulterated fuel
Mustapha Ahmid
NPA