Commissioning of water project should not be shouted from rooftop – Egbert 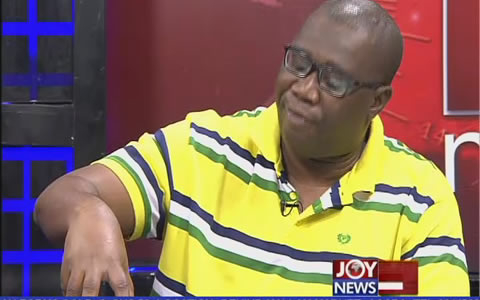 Legal practitioner, Egbert Faibille Jnr. says too much praise should not be heaped on President John Dramani Mahama for the Kpong Water Project which he commissioned Wednesday.

Mr Faibille said it was the duty of every government to provide adequate water for its citizens, so the president should not be hailed as though his government has done something extraordinary.

“It is shameful that over 50 years, a republic of such stature when the president of government does a project like that, it wants to be praised. These are basic necessities of life and you go and do this and you want us to stand on a rooftop and shout. It is a shame.”

He said the previous situation was an indictment on all governments both past and present.

The Deputy Transport Minister said the government acknowledges that there are challenges with the supply of water in the country, but said the commissioning of the Kpong water project was a step in the right direction.

She indicated that government would in the coming year embark on a desalination project which will add a further 20 million gallons of water to what is currently being produced by the existing water systems.

However, Member of Parliament for the Dome Kwabenya Constituency, Adwoa Safo said the most important thing was for the plant to be properly maintained to ensure that it does not develop faults in a short time.

She expressed the hope that government will keep its promise of ensuring constant delivery of water to some parts of the capital during the Christmas festivities.

President Mahama yesterday turned the valves of the Kpong water project which will ensure residents of Adenta and surrounding areas have access to pipe borne water for the first time in over a decade.

The Kpong water extension project has the capacity to produce 20 million gallons of water for use by the residents.