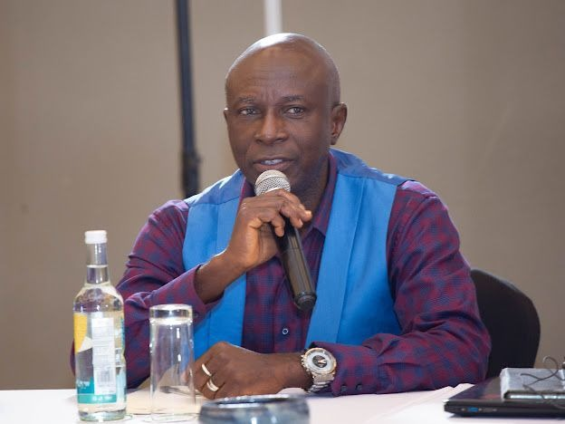 Heads of clubs in the Ghana Women’s Premier League (GWPL) have been advised to focus their resources on developing young natural talents, rather than buying players from other clubs.

Ashley Kotzin, Founder of sports marketing, strategy and advisory brand, ForwardZone, gave the advise at a mentorship programme sponsored by Betway for GWPL coaches as part of the betting giant’s role as the official development partner for the league.

“This idea of acquiring versus developing is an important tension that we should think about and debate inside our environments, clubs and teams,” Mr. Kotzin said. “I believe in investing in nurturing our human capital by training them more, encouraging them more and exposing them more to help them grow in the profession.”

According to Kotzin, developing younger talents is also a strategy that domestic teams can use to generate revenue for managing the club. He explained that, per the usual model, big clubs spend huge sums to acquire players that have been well nurtured by smaller clubs.

“Sometimes it is not the most talented players that make it in sports,” he said. “Sometimes, the ones with the better work ethic, with the hunger, the desire and the willingness to learn are often the players that go through to the next level and become successful.”

The latest in the Betway mentorship programme for GWPL officials was held under the theme “Optimal Training for Learning and Technical Development”.

It was attended by managers and coaches in two locations in Accra and Kumasi, linked up by video conferencing facilities. They received both virtual and in-person lessons on talent development, coaching philosophies, video analysis and recent amendments to the rules of the game.

The head of Video Analysis and Scouting at the Ghana Football Association (GFA), Edward Gyamfi Acheampong, urged attendees to make use of video analytic technologies to improve the performance of their teams.

He pointed out that coaching tactics and playing styles have been made easier with the introduction of high-definition video tracking applications and manual input devices to collect large volumes of data about player movements and team performances.

“Football is changing each day,” he said. “There are new things that are being added every time, with technology being one of such things. Therefore, with old ways gradually fading out, we can’t be doing the same old things and expecting new results.”