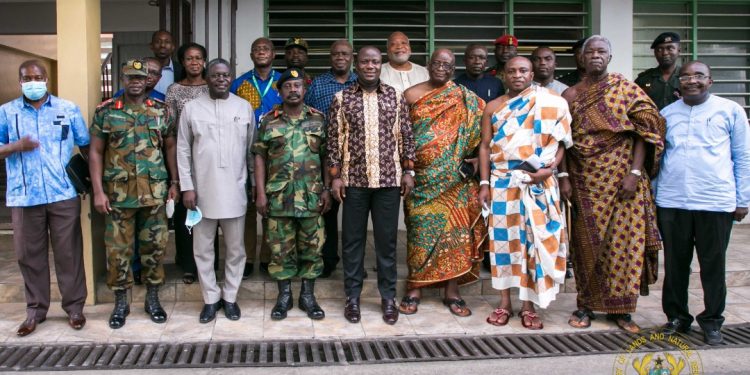 Lands and Natural Resources Minister Samuel Abu Jinapor says a committee set up by the government to resolve the land dispute between the La Traditional Council and the Ghana Armed Forces has completed its work.

The five-member committee was constituted to deal with the impasse between the two entities over disputed parcels of land at Tse Addo, near Burma Camp in Accra.

Mr Jinapor says the committee will submit its report by the end of June 2021.

He expressed optimism in the coming weeks as the two parties involved “have exhibited a high level of cooperation, constructiveness and seems to be engaging in good faith.”

“Whatever decision government will eventually come to, ought to be motivated by the law, the established facts and should be capable of withstanding rigorous scrutiny

Government is expected to implement the recommendations in the report with the aim of bringing to an end agitations that have previously resulted in violent clashes between the military and youth of the area.

The latest of these clashes ensued when the military beseeched a 200-acre land at Tse Addo to disperse protestors who they say had turned violent in April this year.

A group, Coalition of La Associations within the La Traditional Council had stormed the area in contention between Tse Addo and Airport Hills, around the Military Cemetery to register their displeasure over the alleged encroachment.

However, the event took another dimension as the soldiers won’t countenance the behaviour of the demonstrators and applied force to disperse them.

GAF has since apologised to journalists and individuals who were caught in the crossfire during its attack on protesters by some La residents in Accra.