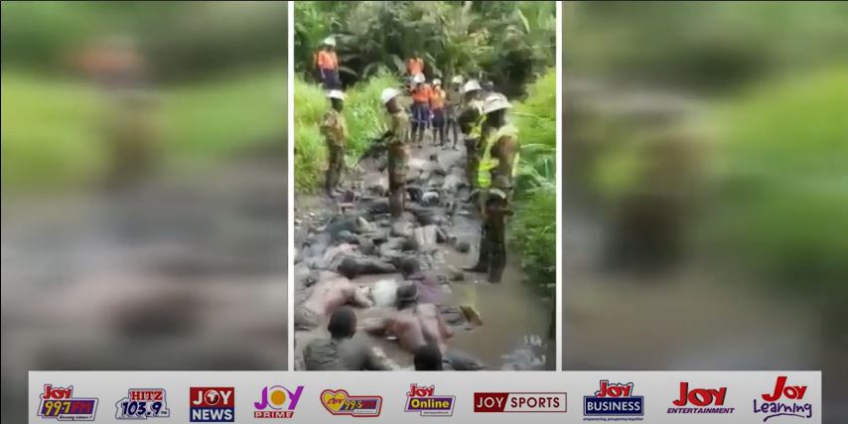 Concerned Small Scale Miners Association has cast doubt on the commitment of the Lands and Natural Resources Ministry to go the long haul in investigating circumstances under which some illegal miners were brutalised by some soldiers on AngloGold Ashanti concession.

The Sector Minister, Samuel Abu Jinapor told journalists that a Committee has been set up to investigate the military brutalities.

He also noted that the Ghana Armed Forces (GAF) would be tasked to deal with their men if they are found guilty of beating the miners.

“They began work earnestly, and they have gone very far with their work. We will produce a report, and we will act on the report,” Mr. Jinapor disclosed on Wednesday.

However, the President of the Concerned Small Scale Miners, Michael Kwadwo Peprah wants more than the assurance of the Minister.

Mr Peprah said he can only believe the Minister’s words when he walks his talk.

“So as a matter of fact we want the Minister to stay by his words. So when the investigations are through, at least, the findings should be published so that everyone will know the truth of this issue,” he stated.

In the released video, the suspected illegal miners were seen lying prostrate in a muddy water body while the military personnel stood over them with guns issuing instructions.

The suspected miners, number about 17, some of whom were shirtless and others whose clothing had been stained with mud.

Condemning this, the President of the Concerned Small Scale Miners said the action of the soldiers were inhumane.

“It is pathetic and it is something that we should all condemn. As a matter of fact, even if people have done something against the law they shouldn’t be treated as such.

“That incident is barbaric and inhumane and everybody should join hands so that we speak against what happened in Obuasi,” he stated.