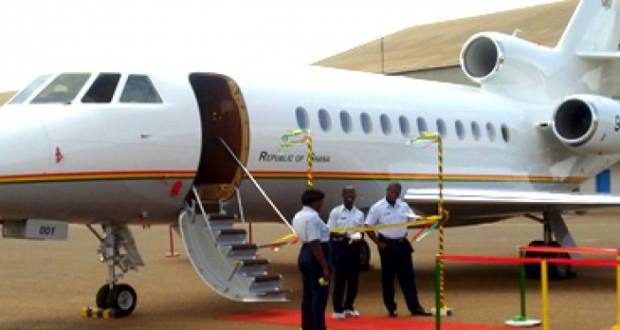 The Economic Advisor and Spokesperson to the Vice-President, Gideon Boako is defending government’s decision to acquire a new presidential jet despite stiff opposition from the Minority in Parliament.

Mr. Gideon Boako who has boarded the Falcon 900 Ex before says he has on two occasions avoided using the presidential jet due to its appalling condition.

“I have used the current presidential jet and to be honest with you, there are times that even when we have to travel within Ghana, if I have my way I will use a commercial flight, rather than using the presidential jet.”

He further explained that some seats in the Falcon 900 Ex are not adjustable, making it difficult for occupants to rest their backs especially on long journeys.

“You need to enter this presidential jet and see how the whole arrangement is. Even when the President sits and somebody sits in front of him in the opposite direction, without stretching their legs, both legs touch each other. The seats are not adjustable.

Last month, the Director of Communications at the Presidency, Eugene Arhin, in a press briefing, disclosed that government is in the process of acquiring a bigger aircraft for presidential travels.

This move, he stated was part of efforts to protect the public purse.

But the Minority led by North Tongu MP, Samuel Okudzeto Ablakwa, and some members of the general public have kicked against the decision saying the current presidential jet is in the best of conditions.

The Falcon 900 Ex jet, was then seen flying Liberian President, George Weah to Ghana for an emergency ECOWAS Summit in Ghana on September 15, 2021.

This further strengthened the Minority’s claim that Ghana does not need to purchase a new jet.

But speaking on Newsfile on JoyNews, the Vice-President’s Spokesperson said the jet is not fit for long hours travel.

“There are two occasions I have avoided using the presidential jet. I went on a commercial flight because especially if you’re going from here (Accra) to Tamale which is an hour or so and you have ill health you may not want to use that jet”.

“But that is what we have as a country and the President makes do with that when he is traveling within ECOWAS, but it is not in such a state that you would want to use it to travel for 6 hours or 7 hours. The difficulty will be unbearable,” he stated.