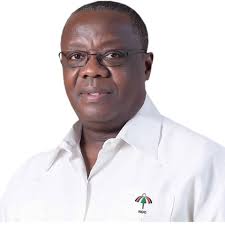 Mr Samuel Atta Mills, speaking with JoyNews‘ Joseph Opoku Gakpo on Wednesday, stated that if due processes require that the accused, Mr Agyapong be interrogated to assist investigations, this must be done by the Police.

Be the professional that you are. Anybody that had made threats to any reporter should be called in, questioned and God forbid, anything happens to any reporter in their line of duty, those people should be held accountable,” he told JoyNews.

His comment comes at a time when the Multimedia Group has filed a formal complaint against the Assin Central legislator, Kennedy Ohene Agyapong for threatening the life of one of its journalists, Erastus Asare Donkor.

In the letter, dated July 13, 2021, addressed to the Deputy Regional Commander, Ashanti Region, the media group called for a thorough investigation into the threats issued by the legislator.

On Friday, July 9, Mr Agyapong was reported to have verbally abused and threatened to attack Mr Asare Donkor, “for the journalistic work that the latter undertook during the recent shootings and killing incident at Ejura” on Net 2 TV, a television station owned by the MP.

The politician was filmed on a live programme which was widely published on social media platforms, stating that, “if he [Mr Agyapong] were President, he would have ensured that Erastus Asare Donkor is beaten mercilessly.”

Touching on the comments made, Samuel Atta Mills stated emphatically, that at no point should a media practitioner or any other individual be threatened in his or her line of duty.

Such threats against the Fourth arm of Government, will negatively impact the growth of the country. He, therefore, called for an end to the culture of impunity witnessed in the country.

“It is unfortunate that anybody, whether a Member of Parliament, a government official or anybody threatening any reporter for reporting the news. If the reporter has erred, there is a proper way to address that. You go to court, you see the owners of the news media but to threaten them with the background of Ahmed Suale and other reporters who have been assaulted, is uncalled for.

“We have the three arms of government but the organization or group that keeps us in check is the press. The press looks at what we do, they educate, inform and entertain the public. Now, if we are threatening them, what are we trying to do? If a tree falls in the forest and there is nobody to tell you about it, did the tree fall? That is the job of the media.

“It is unfortunate, whether he is a reporter or not, he is a human being. Why threaten anybody because he said something you don’t like. This is how it starts, gradually it increases to so many things. This culture of impunity in this country needs to stop. We don’t have second class citizens. We are all one and children of God,” he stressed.

Additionally, Mr Samuel Atta Mills has called on the Speaker of Parliament to take charge or mandate a committee of the House to investigate the issue of threats against the press.

“I will want the Speaker to be the leader to either refer it to whatever committee. But wherever and whatever happens, I’m in support of this,” he said.

Meanwhile, the Vice-Chairman of Parliament’s Public Accounts Committee has made a plea to the governing New Patriotic Party (NPP) to call its members to check as Mr Agyapong is affiliated to the political party.

“The NPP, I know there are so many good people in that party. I think it about time they clean up their image. It is unfortunate they have allowed this, a few of those outliers to be dictating the pace, the climate and temperature in this country.

“This is very unfortunate. Guess what, those people who are raising the temperature and creating all these problems may not be around to get to the brute end of it when there is an issue, unfortunately, it is the moderates who are quiet and not sanctioning those outliers. That is where my worry is. There are so many moderates who know better but are sitting on the fence just because they don’t want to be soiled by some of the outliers,” he concluded.