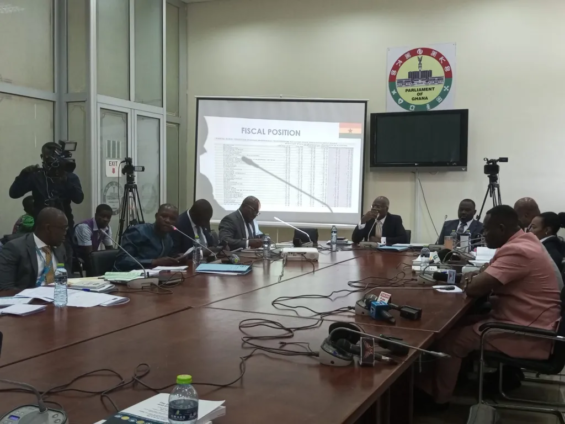 Former Member of Parliament for Tamale Central, Inusah Fuseini, has signaled that the constitution of the ad hoc committee set up by the Speaker, Alban Bagbin, could pose an obstacle at the end of the proceedings.

The committee which was set up by the Speaker to investigate allegations of corruption and incompetence leveled against the Finance Minister, Ken Ofori-Atta by the Minority side of Parliament in their motion of censure is evenly constituted with members from both divides of the House.

According to Inusah Fuseini, while the membership of the committee may be trying to communicate a sense of neutrality, recent developments in the house may suggest otherwise.

“After the time that the Speaker established this committee, you could see the partisanship. And you could see the various actors in Parliament lining up behind their various leaders. So I’m not surprised at all that even though there had been attempt to appear to be neutral and interested in [presenting] the facts for people to understand what is at stake, those who are disputing the facts have laced their objections with political undertones.

“And there has been an attempt by the Minority to prove beyond doubt that Ken must go, and equally the Majority who are unrelenting in their defence of the Finance Minister. So then you have for the first time in our parliamentary democracy, apart from the censure motion, this is the only time a committee of Parliament has been formed which has no Majority, which has no Minority,” he said.

He noted that this membership structure will prove to be a problem at the end of the seven days when members are expected to come up with a resolution to be presented before the House.

According to him, with the even distribution of the committee and the unyielding stance of both sides, it is unlikely that a consensus will be easily reached, that is, even if it is reached at all.

“Committees of Parliament take decisions based on unanimity or consensus. So if it is going to be consensus, the issue would have to be put to a vote and I don’t know whether Speaker in establishing the eight member committee with co-chairmen had also thought of the custom vote. Because if the vote is taken and there is a tie, what happens?

DISCLAIMER: The Views, Comments, Opinions, Contributions and Statements made by Readers and Contributors on this platform do not necessarily represent the views or policy of Multimedia Group Limited.
Tags:
Inusah Fuseini