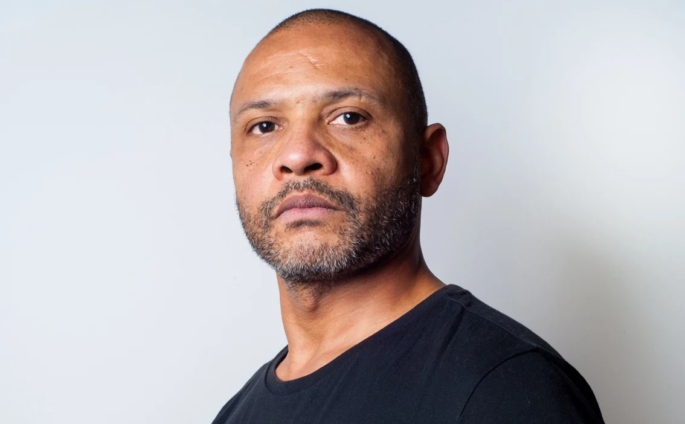 Beninese artist Dimitri Fagbohoun works in his studio near Paris. The sculptor is one of the six artists from Africa or the diaspora whose pieces were showcased in the Cécile Fakhoury gallery in Paris.

The French capital has become a stronghold for artists from the continent.

In one of Paris’ posh neighbourhoods which is not far from the Champs-Elysées and the famous du “Triangle d’Or” where the world’s finest Haute Couture shops are based, hushed conversations are accompanied by champagne.

The diverse public doesn’t need to travel to New York or London. Thanks to this Parisian summer exhibition opening they can see contemporary African artworks.

“Paris has always been multicultural the way New York City is, and from that point of view, yes, it is an adopted home, the 50-year-old starts. However, because we are in Paris, I am inclined to tell you, we make Paris.”

“We are part of this melting pot that makes things bounce back, it’s an energy in which we also take part. It’s not just innate to the city, it’s the result of the diversity, of these blends and what it produces.”

Whenever Carole Onambélé Kvasnevski beholds these art pieces in Paris she knows how far she’s come. The French and Cameroonian gallery owner remembers when she first entered the business in 2010.

Back, then nobody believed in her art gallery project arguing African art wasn’t a thing. She wishes this renewed popularity will bring a long-lasting shift in mindsets.

“One can hope that it’s not just a trend, contemporary art with African artists from the diaspora, that these artists will find their place in world art, in global art and will no longer be labelled as such, Carole Onambélé Kvasnevski confesses. ‘This is an African contemporary art artist’, It’s an artist… Think about it, do we say a ‘European artist’, an ‘American artist’?”