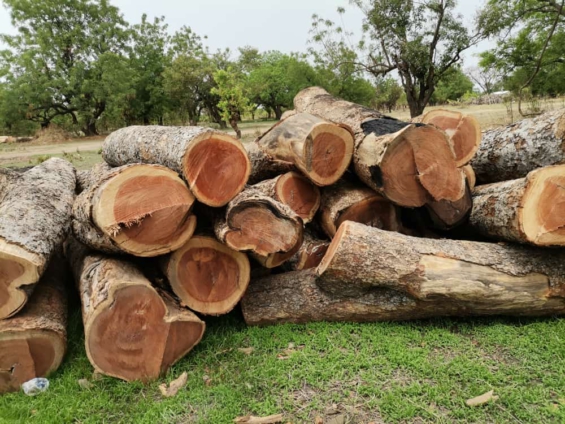 The former Member of Parliament for Tamale Central, Inusah Fuseini has expressed worry over the continuous harvest of rosewood despite government’s ban.

This development, he says poses as an existential danger to the environment of the country particularly, that of the Northern Ghana.

Speaking at the Joy Forum on Sealing the Leakages in Ghana’s Rosewood Trade on Wednesday, Mr Fuseini explained that the ecological temperate of northern Ghana is being sustained by the rosewood plantation, as such, a cause for concern.

“Rosewood is found in the ecologically fragile zone of this country and if we continue to harvest rosewood, we will be exacerbating the onslaught of the Sahara to the Northern part of Ghana.

“Up until 2014, there was no rosewood listed in science, but I was left in no doubt that the continuous harvesting of rosewood poses an existential danger for this country,” he said.

He continued, “In terms of farmers, the rain. In terms of the devastation of the weather in the sense that because the Northern part is fragile, when the raining season is coming the storm is intense.”

Mr Fuseini also stated that comparing rosewood being felled for export to farmers using it for charcoal will be undermining the extent the problem poses to the country.

He insisted that rosewood is hardly used for making charcoal since it is considered as “hard wood”.

“There are trees that are used for charcoal in the northern parts of Ghana, rosewood is not typically, one of them. This is because, when you put charcoal against 65 containers, you can come to a conclusion that we are not being reasonable in the situation.”

In 2019, a US-based Environmental Investigation Agency report revealed that despite a comprehensive ban in place since March 2019.

The dry forests and rural communities of the country are still the victims of rosewood plundering.