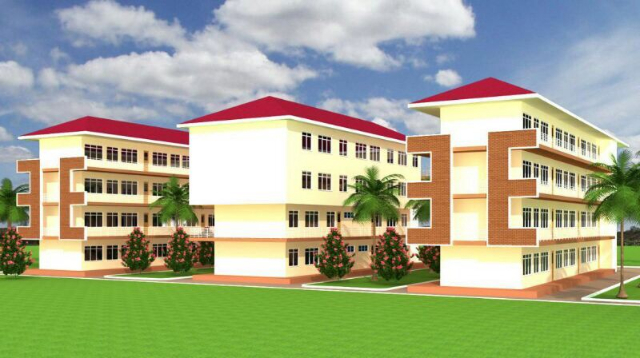 The main contractor constructing the community day senior high school at Sefwi Asafo in the Western Region, Wilkado Construction Works Ltd, is back on site to complete the project.

The work on the project, which was stalled after the change of government, is currently progressing steadily.

Mr Kofi Okyere, Resident Engineer for Green Projects, a sub-contractor executing the project in an interview said, the site was disorganised when they went back two weeks ago, but they were able to raise new columns, layover 900 square metres of blocks, fixed over 70 door and window frames.

He stated the project, which was in three phases, had wall works as the first phase, while the second phase comprised electrical and piping with plastering and paintings as the final phase.

Mr Okyere was optimistic that with the requisite finances the work would be completed on time.

He commended the Member of Parliament for Sefwi-Waiwso Dr Kwaku Afriyie, the Western North Regional Minister and opinion leaders of Sefwi Asafo for their support in ensuring that the project was completed and promised the chief and people of Sefwi Asafo of good work.