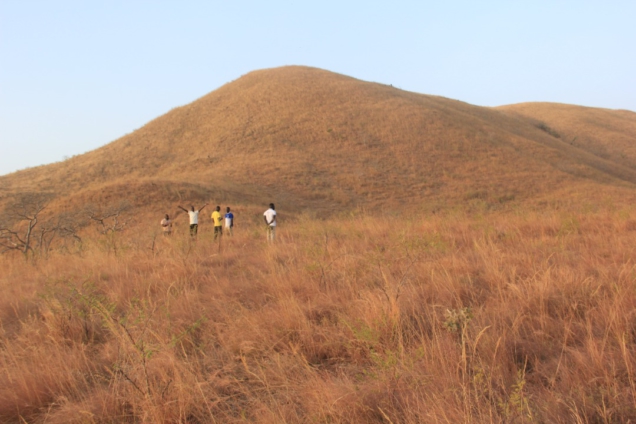 Allied for Climate Transformation by 2025 (ACT2025) issued a statement on the call for enhanced implementation ahead of the COP27, which begins next week in Egypt, calling for increased action in solidarity with vulnerable countries.

It said significant mitigation and adaptation gaps remained unfilled; a loss and damage finance facility—which could have provided a lifeline to enhanced loss and damage action; and a climate finance commitment of $100 billion per year that went unfulfilled.

“Many of these issues were cast off, to be addressed at another time. Yet, the science is clear: it’s now or never. We need to move from aspirational to operational,” the document authored by 16 experts said.

Despite the fact that the globe has managed to reduce the warming gap from a predicted 4°C to 2.1°C over the past few decades, the authors stressed that pledges made by countries should be turned into action.

“Countries must set credible, ambitious 1.5°C-aligned targets, protect the lives and livelihoods of the most vulnerable communities around the world, and ensure sustained cooperation.

“This must be complemented by diplomacy and dialogue beyond the United Nations Framework Convention on Climate Change (UNFCCC) process, with intervention from the G7 and G20, to advance the shared cause for solidarity.”

The Alliance for Climate Transformation by 2025 (ACT2025) wants the Paris Agreement to be improved with concrete decisions at COP27 on five key pillars.

The first step is to close the mitigation gap toward limiting global temperature rise to 1.5°C by firmly acknowledging and responding to the IPCC’s Sixth Assessment Report (AR6), which requires all countries, particularly the G20, to update their Nationally Determined Contributions (NDCs) and long-term strategies in a credible, ambitious manner, in accordance with the Glasgow Pact and the scientific evidence provided by the IPCC Working Group III report, and to align short- and long-term policy.

The second key pillar focuses on delivering high-quality, scaled-up finance flows, particularly to the most vulnerable, while demonstrating tangible and credible progress from developed countries, particularly the G7, toward delivering $600 billion cumulatively by 2025.

According to ACT2025, this progress must include a roadmap for increasing transparent, accessible, and grant-based adaptation finance, with the goal of achieving parity between adaptation and mitigation finance by 2025.

The consortium also wants COP27 to provide clear finance targets for mitigation, adaptation, and loss and damage finance, as well as recognise the role of the private sector and other non-state actors while keeping developed-country public finance at the centre of the new collective quantitative finance goal.

According to the document, it must draw on lessons learned, science, and the needs of developing countries, while acknowledging that trillions of dollars will be required to achieve a 1.5°C-aligned transformation.

The third key pillar is to strengthen efforts to implement adaptation measures by making significant progress under the Glasgow-Sharm el-Sheikh Work Programme on the Global Goal of Adaptation.

The Work Programme necessitates agreement on an elaborated outline for the goal’s scope and definition, as well as key elements on methodologies, indicators, data and metrics, needs and support, goal reporting, and mechanisms to review progress and inform the global stocktake.

The fourth key pillar emphasises the provision of financial compensation for loss and damage. It requests that COP27 establish a loss and damage finance facility and develop a process to secure adequate, accessible, additional, and fit-for-purpose financing by COP28 in 2023.

It included making “Loss and Damage” a permanent agenda item for the Subsidiary Bodies and the COP. It also proposed an agreement on robust institutional arrangements and adequate funding for the Santiago Network on loss and damage, which would ensure access to technical assistance for developing countries and entail a paradigm shift in executing country-owned technical assistance that recognizes local expertise.

The final key pillar wants COP27 to implement the Paris Rulebook in order to hold countries and non-state actors accountable, to ensure that the first global stocktake process is inclusive, with ample awareness raising and participation of Global South organisations, and to pave the way for a robust and comprehensive outcome that covers mitigation, adaptation, loss and damage, and support, and to promote increased NDC ambition with equity at its core.

The authors also urge the United Nations Secretary-General to mandate that the High-Level Expert Group on Net-Zero Emissions Commitments of Non-State Entities (HLEG) develop robust recommendations to hold stakeholders accountable for commitments made outside of the Convention on Climate Change.

According to the latest IPCC report, vulnerable countries around the world cannot wait for multi-year dialogues when their needs are so pressing, and thus COP27 must ensure that no one is left behind.

In the coming months, ACT2025 promises to further develop the five key elements of a COP27 enhanced implementation package for consideration by governments and other stakeholders.

The Allied for Climate Transformation 2025 (ACT2025) is a group of think tanks and experts working to elevate the needs and priorities of vulnerable developing countries in order to achieve ambitious, balanced, just, and equitable outcomes at the UN climate talks and chart a path forward to greater global solidarity.

DISCLAIMER: The Views, Comments, Opinions, Contributions and Statements made by Readers and Contributors on this platform do not necessarily represent the views or policy of Multimedia Group Limited.
Tags:
Climate Action
COP27