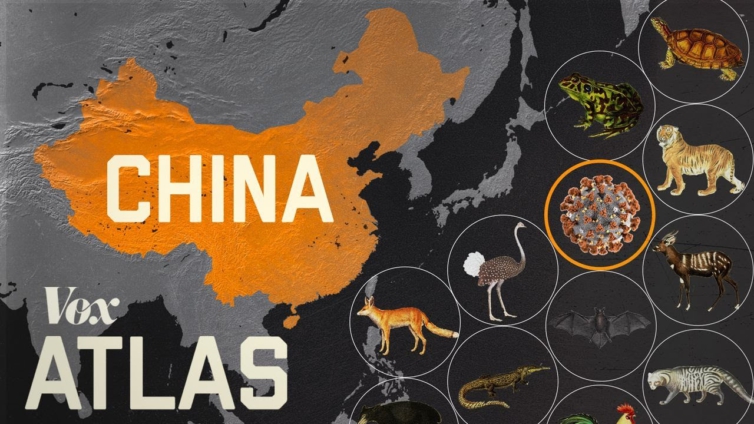 Professor Sarah Gilbert says human activity is driving the rising threat of viruses and that the risk is unlikely to diminish.

We should expect more animal-to-human disease outbreaks to emerge in future, a leading scientist has warned.

Professor Sarah Gilbert, who is heading the development of Oxford University’s coronavirus vaccine, says human activity is driving the rising threat of viruses and that the risk is unlikely to reduce as globalisation continues.

“Greater population density, greater travel, deforestation – all of these things make it more likely that these outbreaks will happen and then something will spread,” she told The Independent.

“Because of the way things have been going in the world, it’s more likely we’ll have zoonotic infections causing outbreaks in the future.”

A zoonotic infection is a disease caused by a pathogen, such as a bacterium or virus, that has jumped from an animal to a human.Advertisement

Most researchers believe COVID-19 emerged in bats and infected humans via another animal – probably in a market in Wuhan, China, where the virus was first detected.

Other deadly diseases such as Ebola, Sars and the West Nile Virus have also originated in animals.

The WHO estimates 75% of all new and emerging infectious diseases are zoonotic, meaning they come from animals.

Earlier this year Sky News, visited several animal markets in southeast Asia that have been dubbed “pathogen cafes” because of their potential for spreading disease.

In total, 60% of all infectious diseases in humans are zoonotic.

Trials of the potential coronavirus vaccine being developed at the University of Oxford have suggested it is safe and induces an immune response to the disease.

The project is currently awaiting the results of phase three trials and if a high level of efficacy is proven, a vaccine could be available by the end of the year.

Oxford’s pharmaceutical partner in the project, AstraZeneca, has committed to producing two billion doses by next summer.

The vaccine, called AZD1222, uses a weakened version of a common cold virus (adenovirus) which causes infections in chimpanzees and is being trialled in tens of thousands of volunteers in the UK, South Africa, Brazil and the US.

It is hoped it will make the body recognise and develop an immune response to the spike protein, recognisable in images of the virus, that will help stop COVID-19 from entering human cells and therefore prevent infection.

Other vaccines in development have entered into the same stage, and Professor Gilbert said there was a “very good chance” some would prove effective.

“We’ve seen good levels of neutralising antibodies, we’re seeing strong T-cell responses from some of them.

If this works, other vaccines will also work. We expect there to be multiple vaccines,” she added.

DISCLAIMER: The Views, Comments, Opinions, Contributions and Statements made by Readers and Contributors on this platform do not necessarily represent the views or policy of Multimedia Group Limited.
Tags:
AstraZeneca
Coronavirus
Oxford University
Sarah Gilbert