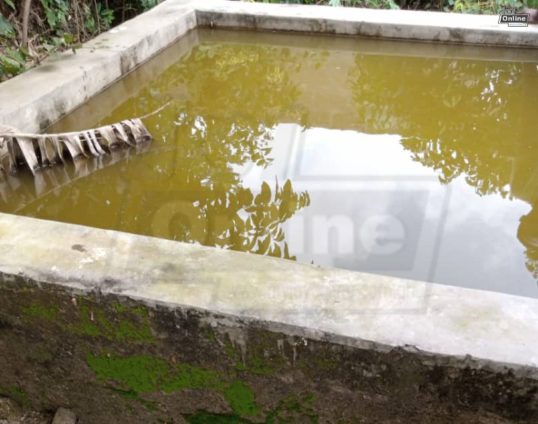 The corpses of two children have been found floating in a concrete water tank meant for construction at Anwomaso-Domeabra in the Ejisu Municipality of Ashanti Region.

The two, Lukeman and Blessing, who are 4 and 2 years old respectively, got missing in the early hours of Thursday, after they were seen playing on a construction site.

Mr. Dankwah added that they initially thought the children had been kidnapped.

However, “it was a hawker who was going about her trade who found the two dead bodies floating in the water tank on the construction site, located two blocks from their compound,” he narrated.

The mortal remains of the deceased have been deposited at the Emena Hospital.

Meanwhile, the police have commenced investigations into the matter.

Luv FM’s Nana Yaw Gyimah reports that Police have refused to speak to the media. However, they have invited the parents of the deceased and Assembly Members.

The owner of the building under construction, at which site the corpses were found, has also been summoned for interrogation.