Corruption in Ghana a reality that must be addressed – Prof. Adei 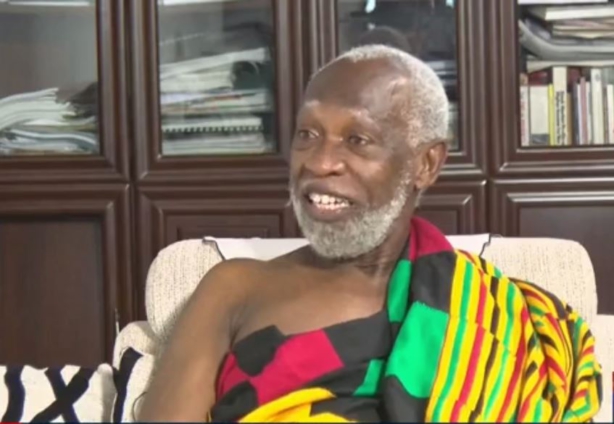 Chairperson of Ghana Revenue Authority (GRA), Prof Stephen Adei has said that the level of corruption in the country is a reality and must be addressed.

According to him, “attempts to deal with corruption has not reduced it.”

Speaking in the AM Show, he explained that “[Looking at the Corruption Perception Index], we see that the basic corruption is endemic.”

“First, the level of corruption is a reality because we have hovered around 40, 42 in percentage in terms of points which means that the basic corruption is endemic and we must address it.

“The attempts to deal with corruption has not reduced it whiles at high level, I mean we are at 40 so we expect that effective anti-corruption measures to say we will we bring it to 35, then I am opposite would say bring it to 45, 50 which means that it has become endemic and almost becoming part of a culture,” he explained.

Corruption has long been a serious issue that developing countries, especially, have been grappling with.

Ghana is said to lose between three and six billion American dollars, annually, owing to corruption and corruption-related activities.

Speaking in an interview with Benjamin Akakpo on JoyNews‘, Prof Adei indicated that corruption has an adverse effect on the development of the country.

Prof Adei further said to help reduce corruption, “I think that our leadership, on both sides, must be willing to go the extra mile in their own lifestyles and being transparent in the way they conduct their affairs.” if they want to deal with corruption in the country.

He also proposed that to deal with corruption in the country, laws on corruption must be changed with concerns to proving that a person is corrupt, adding that “in Singapore and other countries, where if you have a certain lifestyle which cannot be explained by your income [you will be taken on], our laws should allow you to be questioned.”

He further explained that it is very difficult to fight the canker saying that “as soon as you start fighting corruption, your government will be accused of being corrupt.

“Anyone who sticks his head out to fight corruption, unfortunately, initially will be accused of being more corrupt. And therefore it makes it more difficult to fight on unless the person is very very determined to do so,” he stated.

DISCLAIMER: The Views, Comments, Opinions, Contributions and Statements made by Readers and Contributors on this platform do not necessarily represent the views or policy of Multimedia Group Limited.
Tags:
Corruption
Prof Adei