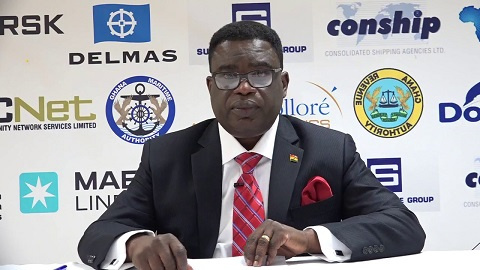 The former Chief Executive Officer of the Ghana Shippers Authority, Dr Kofi Mbiah, says the corruption at Ghana’s ports is not peculiar to the current NPP administration.

According to him, the rot at the ports transcends all regimes.

Speaking in an interview with Samson Lardy Anyenini on Newsfile on Saturday, the past Shippers Authority boss confirmed that underhand dealings at the ports have been a longstanding challenge.

Having noted the challenge, he urged all relevant stakeholders to work hand in hand to implement stringent measures to make transactions at the ports more transparent and devoid of corruption.

Dr Mbiah’s comments come in the wake of recent allegations of conflict of interest and corruption at the ports involving Labianca Group of Companies and the Customs Division.

A report by the Office of the Special Prosecutor concluded that the owner of the company, Eunice Jacqueline Buah Asomah-Hinneh, had taken advantage of her position as a Board member of the Ghana Ports and Harbours Authority (GPHA) at the time to get favours.

According to the Office of the Special Prosecutor, it recovered an amount of ¢1.074 million from the company whose owner also doubles as a member of the Council of State.

But the Commissioner of Customs took exception to this position and accused Mr Agyebeng of attempting to tarnish his image following which the OSP called for all documents related to similar transactions by September 30.

Meanwhile, the Special Prosecutor says it is embarking on a full-scale probe of some activities at the Customs Division of the Ghana Revenue Authority (GRA).

The auction sale of vehicles and goods among other activities, he added is the focus of this latest investigation.

DISCLAIMER: The Views, Comments, Opinions, Contributions and Statements made by Readers and Contributors on this platform do not necessarily represent the views or policy of Multimedia Group Limited.
Tags:
Corruption
Dr Kofi Mbiah
Ghana Shippers Authority
La Bianca Company
Newsfile
Office of the Special Prosecutor