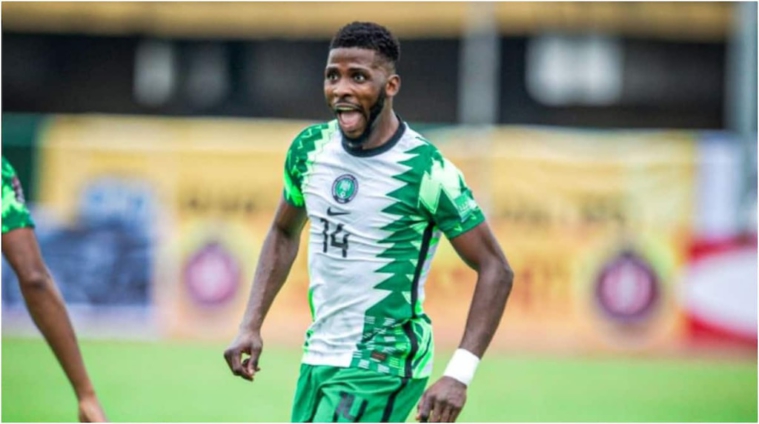 Ghana is the underdog going into this tense fixture against Nigeria in the crucial World Cup playoff at least on paper.

In the aftermath of the Golden Generation of talent that got Ghana to a converted penalty kick from becoming the first African nation to make it to the semifinals at the World Cup, the profile of many a Black Stars player has dropped off considerably.

It isn’t the same for Nigeria though as the Super Eagles boast a wealth of top stars who are stalwarts at their respective clubs.

While Nigeria can spread the responsibility around its many top stars, Ghana simply can’t and needs a top tier performance from Arsenal midfielder Thomas Partey. Matters are far worse knowing, Ghana has not just Nigeria but South Africa too rooting against the Black Stars in the wake of a controversial penalty handed to the Black Stars.

That penalty resulted in the loss that got Ghana to play Nigeria but eliminated Bafana Bafana from the World Cup qualification run; very understandable pettiness.

Pressure is privilege Novak Djokovic stated in not so surprising contrary fashion in the face of supportive calls for top athletes to be treated more humanely in the face of ever-growing demands and expectations placed on them mainly with the help of the internet.

If there is any top athlete in a very popular sport in the modern world, that individual is sure to reach the crossroads where they simply soldier on as they are expected to or show their human side and call for less scrutiny on them.

In the race for the final spots to the 2022 FIFA World Cup in Qatar, some of the best footballers in the world are going to be thrown once again in the intense spotlight of the world particularly the spotlight of their countrymen.

USA plays Mexico so inevitably Christian Pulisic has to guide the Americans to Qatar after missing out on the last World Cup which was the first for America since 1989.

In Africa, Mohammed Salah is sure to be desperate to make up for another AFCON Final loss by getting Egypt to a second World Cup in a row and eliminating Senegal in the process. For the record, Senegal beat Egypt at the 2021 AFCON Final to prevent the North African nation from extending its record AFCON title wins.

Algeria flopped in Cameroon and needs the Qatari spot to signal a bounce back to elite level while its opponent Cameroon is in equal need of the same World Cup dose after missing out on a successful host and win campaign just weeks ago.

Then there is the mother of all derbies-at least in Sub Saharan Africa-between Ghana and Nigeria as the cherry on top of rightly cooked jollof.

Playing in front of an expectant crowd at the famous Baba Yara Stadium, Ghana will be the aggressor of the two especially early on in Friday’s game and that, unfortunately, plays into the hands of Nigeria.

After a blistering start to life at the 2021 AFCON, Nigeria fell meekly to Tunisia and exited the tournament.

The ideal scenario would have Nigeria’s bevy of attacking threats lay siege on the Ghana goal and finish off the tie in Kumasi to ensure there is a proper party thrown in Abuja in the return leg.

However, a conservative approach is very likely to be laid out by Augustine Eguavoen’s team with Victor Osimhen as the lone man up frontman and a packed five-man midfield behind him.

That midfield is sure to have Kelechi Iheanacho in it as the first to dart into advanced areas through the middle to offer support to Osimhen. The Leicester City Striker is to be tasked heavily with delivering pinpoint passes into space for Osimhen to use his blistering speed to run on to and score; Iheanacho is familiar with this system as the Foxes often utilize Jamie Vardy the same way.

Quick releases from midfield to the front and further crisp interplay between Osimhen and any combo of Emmanuel Dennis, Ademola Lookman, Samuel Chukwueze and Moses Simon is Nigeria’s certified path to a goal or goals in Kumasi. Consistent repetition of counterattacking sequences ought to do the trick for the Super Eagles.

Aside familiarity with this system, Iheanacho showed at the AFCON in Cameroon that he has the ability to provide solid link-up play. He was often at the heart of attacking moves with wingers Simon and Chukwueze or strike partner Taiwo Awoniyi (who finds himself on the stand by list for the playoff) in Cameroon. What Ghana Coach Otto Addo does or doesn’t do factors in the effectiveness of Nigeria’s play or otherwise.

For instance, playing Gideon Mensah as a wing-back is the best way to utilize his skillset but playing him as a traditional full back exposes his defensive challenges as witnessed in losses to Algeria and Mali in friendly games.

Baba Iddrissu is almost a shoo-in to start as the defensive midfielder for the Stars but Baba lacks the elite foot speed to cover up effectively for Mensah’s runs upfield; ditto the Central Defensive options in camp.
Should Mensah find himself in a flat back four defensive lines, Nigeria would need to work the ball to the wings a ton for deliveries into the box.

Osimhen showed in Napoli’s 2-1 win over Udinese this past weekend, once service from the flank is right, he is good to finish on the ground and in the air.

The absence of Wilfred Ndidi is sure to affect Nigeria but the man who is likely to start in his stead, Innocent Bonke (Etebo recovered from injury recently and hasn’t played much for Watford) will do a fine job defensively.

The attacking part (not necessarily goals but progression into the final third) of Ndidi’s game is to be taken up by Iheanacho and that makes him the key player in Nigeria’s World Cup qualification decider.

DISCLAIMER: The Views, Comments, Opinions, Contributions and Statements made by Readers and Contributors on this platform do not necessarily represent the views or policy of Multimedia Group Limited.
Tags:
Black Stars
Kelechi Iheanacho
Nigeria
World Cup Qualifiers