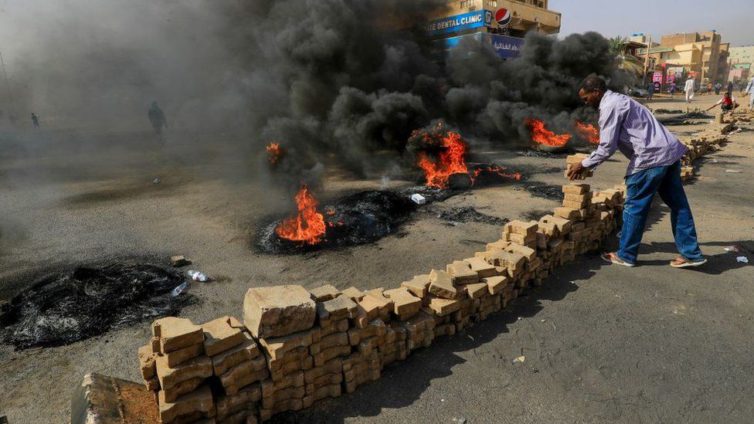 Demonstrators block roads in the capital, Khartoum, in protest at the arrests

Reports of a military takeover in Sudan are “a major blow” to Sudan’s transition to civilian rule, Human Rights Watch says.

Sudan is currently run by a joint military-civilian Sovereign Council. The military wing is scheduled to hand over the leadership of the Sovereign Council to the civilian component next month,

Human Rights Watch says “the international community should press for a return to the civilian transition”.

It urged security forces in the country to protect the right of civilians to protest and refrain from using lethal force.

The head of the military, Lt-Gen Abdel Fattah Abdelrahman Burhan, is expected to address the nation shortly.