Couple burnt to death in Asokwa after fire gutted their house 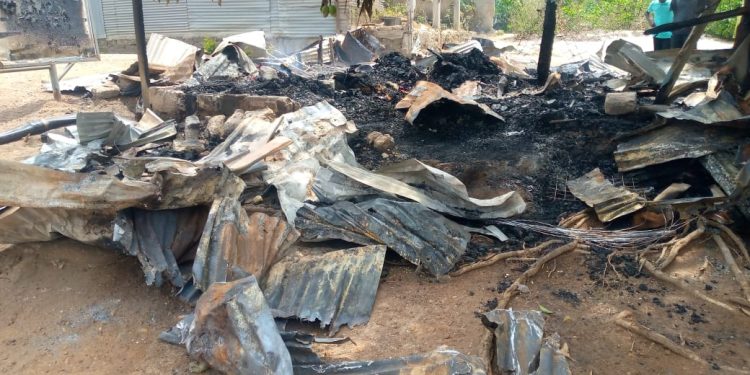 A couple has been burnt to death after their wooden house was gutted by fire on Friday dawn at Gyinase in the Asokwa Municipality of the Ashanti Region.

The charred bodies of the deceased, 57-year-old Godfred Afenyo and his wife, 42-year-old Happy Danso, have been sent to the morgue by the Police.

Speaking in an interview with Accra-based Citi FM, the eldest son of the deceased recounted that “it was late in the night when [he] received a call from a friend” that his parents have lost their lives to the fire outbreak.

“I decided not to answer, but the call came in several times, so I answered. When I picked, my friend broke the news to me. I took it as a dream because it is weird news.

“In my doubt, I received another call from my younger brother confirming my friend’s report. I told a friend when I woke up that seeing my father this way is a bad omen. Here we are with this news, it is very unfortunate and unexpected,” he narrated.

Officers of the Ghana National Fire Service have commenced investigations into the incident.

The Ashanti Regional Public Relations Officer of the Service, D.O. III Peter Addai noted that “they had all burnt by the time we arrived; we are still investigating.”

“Last night, we received a distress call around 12:10 am in the municipality. On reaching here, we saw that the fire had engulfed the whole wooden structure, which had a couple in it.”