Court throws out case against Bonzoh 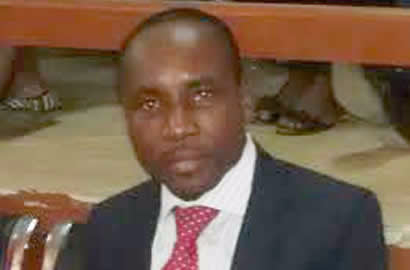 An Accra circuit court has struck out a case against the New Patriotic Party (NPP) parliamentary candidate for Ellembelle constituency in the Western Region, Kwasi Bonzoh.

Bonzoh K, as he is popularly known, was accused and charged for defrauding by false pretences.

But after months of back and forth movements in court, the presiding judge, Bannerman William, struck out the case for want of prosecution.

That was after management of Tigerforce Microfinance Company had refused to appear before the court throughout its sittings.

On September 13 and November 11, 2013, Mr Bonzoh took two loan facilities of GH¢10,000 and GH¢60,000 from Tigerforce Microfinance Limited at an agreed interest rate of 9% per month and 8% per month respectively.

As a form of security, he handed over documents covering his Land Cruiser Prado with registration number GC 9674-11 and post-dated cheques covering the monthly interest payments and the final principal repayment on maturity of the facility to the microfinance company.

During the period, Bonzoh told the court that the business for which the loan was granted ran into some challenges which compelled him to approach the Chief Executive Officer (CEO) of the company, one Percy D. Boamah, to negotiate for an extension of the payment period beyond the initially agreed three months.

It was for this reason that at a meeting with officials of Tigerforce in March 2014, it was agreed that the NPP man, who had by then paid over GH¢9,000 to the company in the form of interest, should make a payment of GH¢40,000 as part of the conditions for the extension of the facility.

It was further agreed that once Mr Bonzoh had made the GH¢40,000 payment, the 2011 registered Land Cruiser Prado should be sold at a minimum price of GH¢60,000 to defray the outstanding balance of the loan.

This was contained in an undertaking dated April 2, 2014 which has been sighted by DAILY GUIDE.

Available documents indicate that Bonzoh subsequently made the agreed payments in two equal installments on April 1, 2014 and April 28, 2014 bringing the total repayment to over GH¢49,000 as at the end of April 2014.

Meanwhile, Mr. Bonzoh, who wanted to see the transaction closed immediately, personally introduced a prospective buyer to officials of the microfinance company, who offered to purchase the vehicle at the agreed price of GH¢60,000 through a car dealer, one Alex Frimpong-Manso.

But officials of Tigerforce refused to sell the vehicle which had been in their possession since September 10, 2013 to the person introduced by Bonzoh, though he was willing and ready to buy the vehicle at that price.

Management of the company however, continued to charge a monthly interest rate of 8% on the outstanding balance on Bonzoh’s loan repayment which stood at GH¢67,000 as at April 28, 2014 although Bonzoh protested.

At that stage, Bonzoh had no other option than to inform the CEO of Tigerforce of his intention to seek redress in the court of law.

Fearing the imminent court action against his company, Mr. Boamah lodged a complaint at the Accra Regional CID that the parliamentary candidate had issued dud cheques.

The police then decided to charge Bonzoh without any sufficient investigations into the terms of the transaction.

Meanwhile, checks at the Driver and Vehicle Licensing Authority (DVLA) had indicated that the said Land Cruiser Prado was sold and transferred by Tigerforce Microfinance Company to themselves as far back as September 27, 2013.