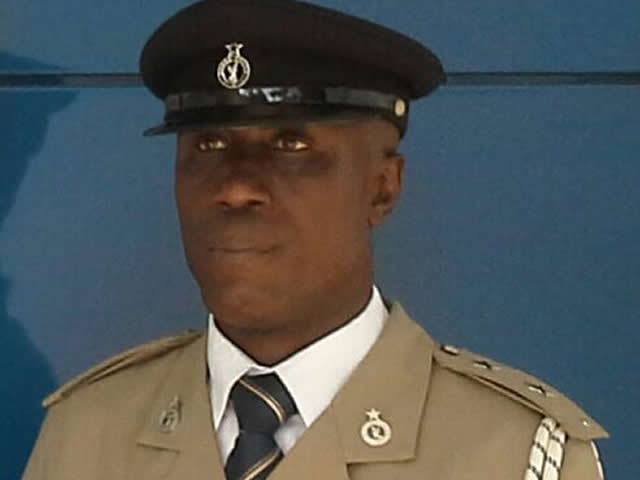 It appears the policeman who was assaulted at the Flagstaff House by a group identified as members of governing New Patriotic Party (NPP)'s Invincible Forces suffered more attack than was captured on the leaked video, a cousin has told Joy News.

The cousin whose identity has been withheld, said ASP Nanka Bruce, formerly the Head of security at the Flagstaff House was trailed to his residence and assaulted.

He had early on been attacked at the Flagstaff House and was captured on video.

She narrated the men hopped out of their vehicles, entered the policeman's Kanda house and demanded that he returned the key to his official vehicle.

"He was shoved around by the men while they hurled insults at him."

She further revealed the policeman's pregnant wife was not spared as she was also insulted.

“She was afraid [so because of that] she rushed to the room after the husband and locked the door.”

Under a worried tone, the cousin continued that the men pounded the door in an attempt to pull it down.

According to her, some police and military personnel were invited to the scene but they could not maintain sanity.

She explained an unidentified man stormed the house and demanded the names of the police and military men be written down for him.

“He threatened to deal with them by ensuring they are demoted,” she said, adding after that the security men looked on while the members of the Invincible Forces destroyed the garage of the policeman.

Although ASP Bruce has refrained from commenting on the issue publicly his family is demanding justice.

Already, the minority in Parliament has added its voice to the issue calling on President Nana Addo Dankwa Akufo-Addo to investigate the matter without delay.