Covid-19 lockdown – The charge to cherish, protect and defend our freedoms - MyJoyOnline.com

Covid-19 lockdown – The charge to cherish, protect and defend our freedoms 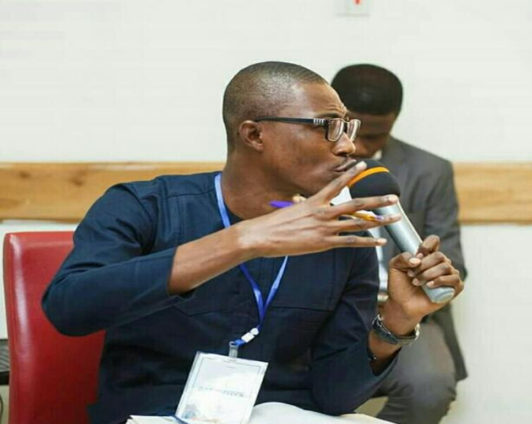 Over the years, Ghana has taken major strides toward democracy under a multi-party system, with an independent judiciary underpinned by the rule of law.

This has been necessary in order to guarantee fundamental human rights and individual liberties with a view to achieving development objectives.

Ghana has also played leading roles in collective efforts to promote peace, stability and economic development on the continent.

In December 2019, China alerted the World Health Organization (WHO) to cases of unusual pneumonia in Wuhan.

The new coronavirus, which has been compared to the Spanish Flu, an unusually deadly influenza pandemic which infected about a quarter of the world’s population from January 1918 to December 1920, is thought to have originated in a seafood market where wildlife was sold illegally.

The coronavirus which has been declared by the World Health Organization (WHO) as a global pandemic has recorded more than one million confirmed cases with at least 51,000 deaths and 208,000 recoveries, according to data from Johns Hopkins University.

Ghana confirmed its first two cases of the COVID-19 on March 12, 2020, when two persons returned from Norway and Turkey.

As a result, selected cities in Accra and Kumasi have subsequently been placed under a partial lockdown, following a ban on all public gatherings which resulted in the deployment of the COVID 19 STF task force comprising over 35,000 joint police and military personnel, with the goal to reduce the spread of the disease.

However, six days into the lockdown, there have been concerns over assault of civilians breaching the lockdown by security agencies, with reports of residents’ clash with Police at Kasoa and that of a hooded soldier punishing a civilian for flouting the lockdown directives.

On Thursday, April 4 2020, the Inspector-General of Police, James Oppong-Boanuh, issued a directive asking the Accra Regional Police Command to probe into the case of an elderly woman alleged to have been assaulted by a policeman on Wednesday with the former given two strokes of cane without a just cause.

In view of the country’s history and experience with police and military brutalities over the years, this current generation of Ghanaians, majority of whom are Youth must reinforce lessons of past military regimes and jealously guard against threats to personal freedoms and civil liberties as enshrined in the 1992 Constitution.

By so doing, they must adhere to the lockdown directives as enshrined in law in order to prevent exchanges with the COVID 19 STF taskforce.

Ghana considered one of the more stable countries in West Africa with high reputation and credentials relating to the respect of fundamental human rights and having consistently ranked in the top three countries in Africa for freedom of speech and press freedom, with strong broadcast media, must collectively entrench these gains in order to win the war against the COVID 19 and ensure the achievement of enhanced socio-economic outcomes.

The recent statement by the commission on human rights and administrative justice (CHRAJ) cautioning against a national embarrassment if the brutalities are not stopped immediately, is not just timely but also a demonstration of how systems built over the years must rise to safeguard our constitutional democracy.

It is my sincere hope that we come out of this pandemic having learnt to cherish and protect our freedoms and liberties.