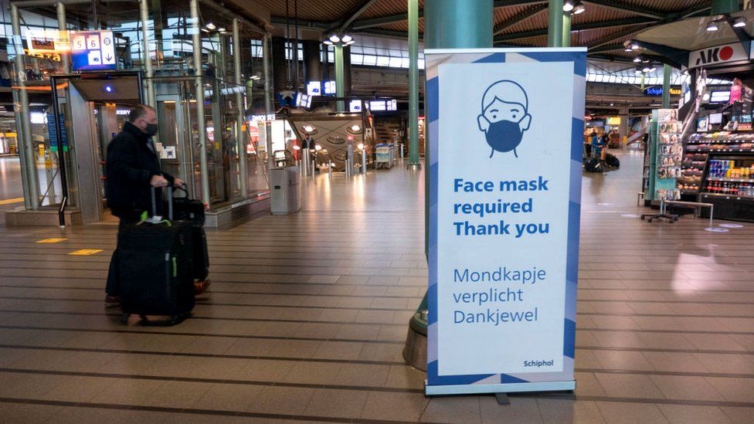 The new Covid-19 variant, Omicron, was present in the Netherlands earlier than previously thought, officials say.

It was identified in two test samples taken in the country between and November 19 and 23, which is before the variant was first reported by South Africa.

It is not clear whether those who took the tests had visited southern Africa.

It was previously thought that two flights that arrived from South Africa on Sunday had brought the first cases of the variant to the Netherlands.

Fourteen people on the flights to the capital, Amsterdam, tested positive for Omicron, among 61 passengers who were found to have coronavirus.

However, while the two new samples reveal Omicron was in the Netherlands earlier than thought, they do not predate the cases in southern Africa. The variant was first found in a specimen collected on November 9, according to the World Health Organization (WHO).

Early evidence suggests Omicron has a higher re-infection risk. But scientists say it will take about three weeks before it is known how the heavily mutated variant impacts on the effectiveness of vaccines.

“In a special PCR test, the samples showed an abnormality in the spike protein,” the National Institute for Public Health (RIVM) which announced the earlier cases, said on Tuesday.

“This raised the concern that the Omicron variant… might be involved. [Health officials] will notify the people involved and start source and contact tracing,” it said.

The RIVM also said that a number of different strains of Omicron were found among the passengers on board the two flights on Sunday.

“This means that the people were very probably infected independently from each other, from different sources and in different locations,” a spokesman said.