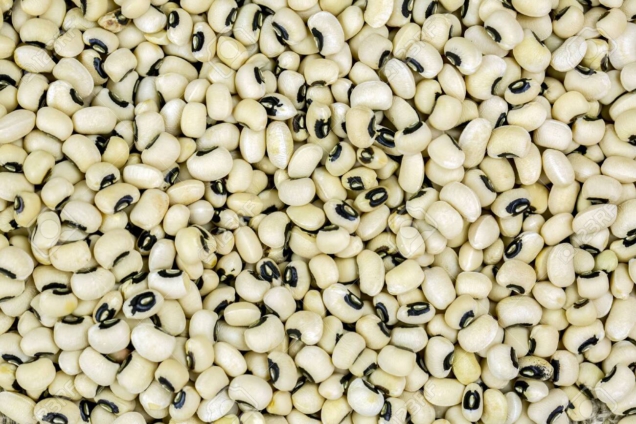 The Covid-19 pandemic is increasing public interest in local food production, which may boost consumer acceptance of the insect-resistant genetically modified (GM) cowpea being developed in Ghana, some scientists say.

The global pandemic is making people appreciate the need for every nation to locally develop seeds and other agricultural inputs, which is likely to encourage public acceptance of technologies that are capable of helping farmers boost yields with scarce resources.

“The COVID thing has generally been negative, but this is one positive aspect,” Prof. Walter Alhassan, former Director General of Ghana’s Council for Scientific and Industrial Research (CSIR), told the Alliance for Science.

“It will make us look inward and generate appropriate technologies for our needs.”

He predicted that farmers will be receptive to GM cowpea because it reduces pesticide use and increases yields.

“Once the farmer starts to use the technology, the consumer will not feel bad about using it,” he added.

Scientists at the state-owned Savannah Agricultural Research Institute (SARI) of the CSIR disclosed that this month they will officially request approval from the National Biosafety Authority (NBA) to give farmers access to the GM cowpea beyond the confined research fields where they’re currently grown.

The institute has been working on the GM cowpea variety (Bt cowpea), also known as pod-borer resistant cowpea, for seven years now.

The tools of genetic engineering were used to introduce Bt genes that are harmful to the destructive Maruca (pod-borer) pests, but safe for humans, livestock and other non-target insects, into a local variety of cowpea.

The resulting variety can help farmers substantially cut down on the use of pesticides.

Dr Jerry Nboyine, principal investigator on the Bt cowpea project, explained in a Ghana media briefing that Maruca attacks cowpea plants at the flowering stage and again when the pods start forming.

The insect can destroy up to 80 per cent of a farmer’s yield, he said and is difficult to control with pesticides. Some farmers spray their crop five to 10 times over the 10-month growing cycle and still suffer serious losses.

“When we conducted these experiments, we realized that when you have this Bt cowpea, the farmer will have to spray a maximum of two times to control other insects that attack the cowpea, compared to the 10 times for non-Bt cowpea,” Nboyine explained.

“So, we are helping the farmers to reduce the cost of producing the crop… And it will help stop pesticide poisoning.”

Nobinye said the global pandemic is a wake-up call to all nations to work towards attaining sufficiency in all aspects of their economy, including food security.

“We can no longer joke with issues of food security in its totality as a nation,” he said.

“Hence, doing things the old way and expecting different outcomes will be a recipe for disaster. As a nation, we must take advantage of advances in agricultural production technologies to improve our yields per unit area.”

“Some of these [GM] food items end up on our supermarket shelves and we purchase and consume them,” Nobinye observed.

“Why then do we want our farmers to remain backward and stick to old ways that do not increase productivity beyond certain levels?”

“When people are hungry, they don’t talk of GMO and non-GMO. They ask for food,” Nobinye concluded.

“Farmers and the public must accept these technologies because the importation of food to feed our increasing population is not sustainable. Nations will only export their surplus food.

“Those that are able to produce in excess achieve this by adopting advances in scientific innovations, including GMOs.”

The Bt gene responsible for resistance has been introduced into Songotra, one of Ghana’s oldest and most popular indigenous cowpea varieties, Alhassan said.

“We cannot wait for this product to go through the regulatory process and get into the hands of farmers… The technology is homegrown.”

The Ghana research is being conducted in partnership with the African Agricultural Technology Foundation (AATF), which worked to get the Bt cowpea approved in Nigeria.

“Too bad our countries have become flooded with European NGOs urging us to move against GMOs,” Abdourhamane said.

“And now they are scaring us against science generally, telling farmers not to apply fertilizer, not to apply any modern technique, not to plant hybrids.

“This is what is going on in the rural areas and people in big cities who have no clue are listening to them.”

Ghana’s parliament passed the National Biosafety Act in 2011 to regulate the country’s cultivation of GM crops.

But as is true in some other African countries, the introduction of GM crops has been hampered by cumbersome regulatory procedures and the activities of anti-science groups.

Currently, some of the groups are in court seeking a declaration that would make it illegal to grow GM crops in Ghana.

The GM cowpea is the most advanced GM crop now under development in Ghana. But it still faces a tedious process before the variety gets to market.

If the National Biosafety Authority approves, selected farmers will begin growing the variety in different agro-ecology zones in the country, starting in July 2021.

At the end of the planting season, data from the planted fields will now be examined by the Plant Variety Release Committee of the Ministry for Food and Agriculture for the final green light to commercialize GM cowpea.