Covid vaccines: Why is Nigeria unable to use its supply? - MyJoyOnline.com

Covid vaccines: Why is Nigeria unable to use its supply? 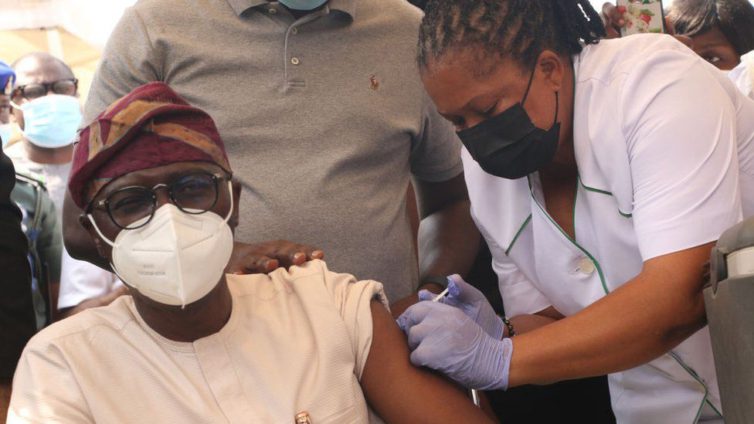 Only about 3% of Nigeria’s population has received a full course of vaccines against Covid – a low rate even compared with other countries in Africa. For South Africa, the figure is 24%.

However, it’s emerged that Nigeria has a large stockpile of out-of-date vaccines which has gone unused.

This could be as many as one million doses according to the Reuters news agency.

The health ministry says all expired vaccines have been withdrawn and will be destroyed.

What vaccines has Nigeria been sent?

Nigeria, among other African countries, struggled to access Covid vaccines earlier this year as wealthier nations, which had secured early deals, were given priority by manufacturers.

Many African states were also relying on the Covax scheme, which itself experienced difficulties earlier in the year meeting its commitments to supply vaccines, particularly across Africa.

But in recent weeks, delivery has improved as wealthier countries began releasing stocks they were holding, largely via the Covax system.

Nigeria received 700,000 doses of the AstraZeneca vaccine from the UK in August, and 800,000 from Canada in September, with a further 500,000 coming from France in October.

Around the same time, Nigeria also received four million doses of the Moderna vaccine and 3.6m Pfizer doses from the US.

How long can the vaccines be kept?

The AstraZeneca doses would normally be safe to keep for at least six months from the time of manufacture, under suitable conditions.

But the Nigerian health ministry says some of the donated vaccines have been delivered close to expiry, posing serious logistical challenges.

“That left us very short time, some just weeks, to use them, after deduction of time to transport, clear, distribute and deliver to users,” said Nigeria’s health minister Osagie Ehanire.

Because such vaccines can arrive back-to-back, he said, bottlenecks occasionally arise.

The government now says expired vaccines will be destroyed, and “it now politely declines all vaccine donations with short shelf life or those that cannot be delivered in time”.

Have expired vaccinations been a problem elsewhere?

Other African countries have also previously been left with expired vaccine doses, including Malawi and South Sudan.

Others, such as the Democratic Republic of Congo, returned their unused vaccine stocks to be distributed to other countries to avoid expiry.

In July, the World Health Organization (WHO) said about 450,000 doses had expired in eight African countries, before they could be administered due to short expiry dates.

The WHO and the Africa Centres for Disease Control and Prevention recently called for a change in the way vaccine donations are made, to avoid wastage.

“Having to plan at short notice and ensure uptake of doses with short shelf lives exponentially magnifies the logistical burden on health systems that are already stretched,” they said in a statement.

They want donated vaccines to have a minimum of two and a half months of shelf life remaining by the time they arrive in the benefiting country.

They want recipient countries to be made aware of the donations a month before they are delivered, and they say they should also be sent with other essential supplies, such as syringes.