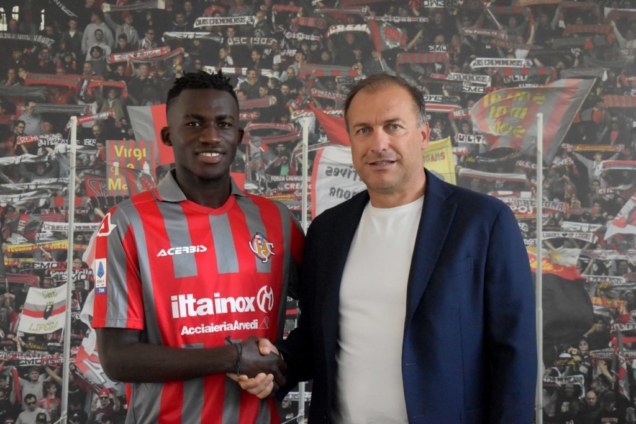 The 19-year-old signed a four-year deal with the newly promoted Serie A club on Tuesday after signing a long-term deal with Jose Mourinho’s side in July.

Some fans and pundits have expressed mixed opinions on the move; others think is rushed and a downgrade for the young striker.

But Boateng has commended the move and said it is good for Afena-Gyan to get more playing time ahead of the 2022 FIFA World Cup in Qatar.

“The latest transfer [involving a Ghanaian player] that has just happened is Felix [Afena-Gyan] leaving AS Roma and joining Cremonese, which is good,” the 46-year-old told Joy Sports.

“I think for a young player like him, it’s important to keep developing and the only way you can keep developing is to continue playing games. Training won’t give you that.

“So, it’s a very good move for Felix and hopefully, we’ll get to see the best of him before the World Cup.”

The Ghana-born former Dutch midfielder adds that Ghanaian players find it difficult to adjust to life at new clubs because of the cold conditions they have to adapt to.

“There are a lot of aspects that come with player transfers, especially being a Ghanaian player; it’s even harder.

“One thing I always like to mention is the weather as an example. Some of our boys will play in weather that is very cold. You have to be ready and still perform well in those conditions.”

George Boateng recently left his position as Aston Villa U-23s manager to focus on his job as Ghana assistant coach ahead of the 2022 World Cup in Qatar.

DISCLAIMER: The Views, Comments, Opinions, Contributions and Statements made by Readers and Contributors on this platform do not necessarily represent the views or policy of Multimedia Group Limited.
Tags:
Cremonese
Felix Afena-Gyan
George Boateng