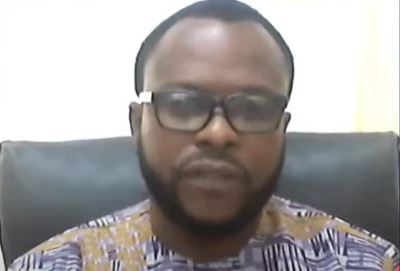 The Head of Law Department at GIMPA, Isidore Tuffuor, says that there are some petty offences that need not be criminalised.

According to him, criminalising some offences including drumming and begging is not justifiable.

Speaking on The Law on JoyNews on Sunday, he contended that “these are offences that even if they were useful at the time they were made, today they have no justification being on our statute books. What do we seek to achieve by punishing a group of people who will meet in the house to drum? Let’s say, a rehearsal group because they do not have the license from a district assembly?”

Dr. Isidore Tuffuor added that to criminalise an offence, there needs to be an understanding of why the conduct would be seen as unacceptable and also identify the social harm in committing that crime.

“So I would always talk about two categories of offences. We have one group of offences like drumming, making noise and for example begging, these are offences that to me ought to categorically be off our statute books, they should be repealed because criminalising them does not make sense anymore.”

He, however, believes that when it comes to petty offences like being drunk, he would not support its decriminalisation.

“Here, it is not the fact of being drunk that is criminalised, but the violent conduct of that habitual drunkard which may be harmful to the society,” Mr. Tuffour explained.

He added that “because once it is decriminalised, it means that you can get drunk, get on the street and be violent, so to the extent that you have any possibility of having someone harmed, then it means something has to be done.”

However, even though there is a need to criminalise some petty offences the punishment meted out, which is usually jail term, needs to be looked at, he said.

Also, Director of Programmes at the Institute for Human Rights and Development in Africa, Emmanuel Amarkwei Foley reiterated the need for petty offenders to be made to undertake community service instead of incarcerating them

The human rights advocate explained that by so doing, not only will the state save itself the cost of feeding the offenders while in prison, the culprits will be saved the inconvenience and stigma associated with being ex-convicts.

Speaking on the show, Mr. Foley said it is counterproductive for the state to imprison someone and use scarce financial resources to feed that person.

“People are going to jail because stealing is a second degree felony. Meaning that, you should go to jail for minimum three years, maximum ten years. Steal two tubers of yam and you are going to sit in prison. We need to ask ourselves as a nation why we should continue to spend that GHC1.80 for three years on that person.

Those two tubers of yam, get the person to go sweep the street or go and plant the yam back. Sort of get them to do something more productive than to incarcerate them and spend money on them in prison,” Mr. Foley suggested.

DISCLAIMER: The Views, Comments, Opinions, Contributions and Statements made by Readers and Contributors on this platform do not necessarily represent the views or policy of Multimedia Group Limited.
Tags:
Isidore Tuffuor