Crisis meeting at NSS as BNI interrogates 20 district directors of the secretariat - MyJoyOnline.com 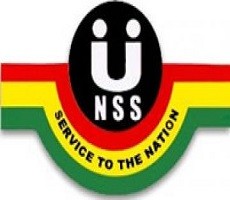 Officials at the National Service Secretariat (NSS) were locked in a crisis meeting after 20 district directors of the secretariat were arrested by the Bureau for national Investigation (BNI).

Board Chairperson of the NSS, Gifty Mahama called the meeting Thursday, to enable the board get firsthand information on developments at the Secretariat.

Reports say officials of the BNI have arrested some district directors of the NSS for their alleged connection in the payment of about GHÈ¼8 million in just one month to non-existing names of the national service personnel register, representing about 23,000 persons.

Public Relations Officer of the NSS Ambrose Antsewa told Joy News’ Fred Smith the secretariat had not been informed about the arrests but said he was aware that some district directors from some parts of the country had been arrested.

“I know that there are some of them [directors] from some of the regions like the Volta, Eastern and Brong Ahafo regions who have been picked up by the BNI but we have but have not yet been officially informed by the BNI”.

A press statement is expected to be issued after the emergency meeting later today.

Government has also invited some officials of the NSS for a meeting with regard to the arresst.

Last week, investigations by Joy News revealed that some ring leaders were allegedly planted within the NSS to help recruit what appeared to be fake and non-existent organisations on the national service programme in Tema.