Cristiano Ronaldo announces gender of his twins on the way - MyJoyOnline.com

Cristiano Ronaldo announces gender of his twins on the way 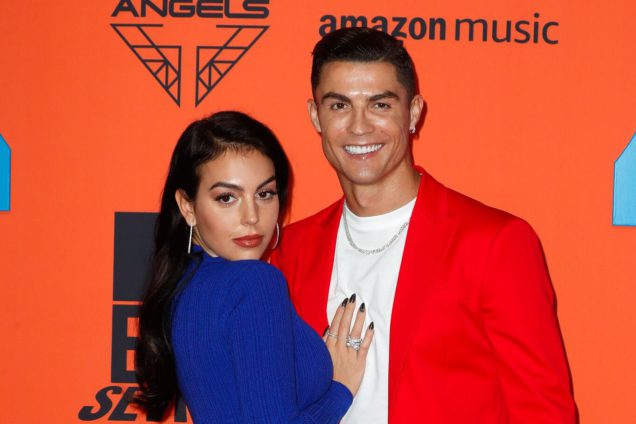 Cristiano Ronaldo is going to be the proud father of another set of boy and girl twins.

The Manchester United star took to Instagram on Thursday and shared the adorable video of his girlfriend, Georgina Rodríguez, and his four children announcing the gender of the newest tiny members of the family.

In the video shared to his more than 377 million followers, Ronaldo’s 11-year-old son, Cristiano Jr., and 4-year-old son, Mateo, hold one balloon while his 4-year-old daughters, Eva and Alana, hold another balloon.

Rodríguez, who can be heard in the background presumably filming the cuteness overload video, gives a quick countdown in Spanish before the kiddos pop the balloons.

The result? Lots of pink and blue confetti that had just about everyone ecstatic about the news, except Mateo.

Mateo appears to start crying at one point. Nevertheless, Ronaldo couldn’t have been more ecstatic. He captioned the post, “Where life begins and love never ends ❤️❤️❤️❤️❤️❤️ #blessed.”

The 36-year-old soccer star and Rodríguez announced back in October they were expecting twins. At the time, Ronaldo shared the news on Instagram with a pic of himself holding a sonogram as Rodríguez lay by his side.

He also offered a message to his soon-to-be-born twins: “Our hearts are full of love – we can’t wait to meet you.”

The newest boy and girl will be Ronaldo’s fifth and sixth kids. He and Rodríguez share Alana, while Ronaldo is also dad to twins, Eva and Mateo, as well as Ronaldo Jr.