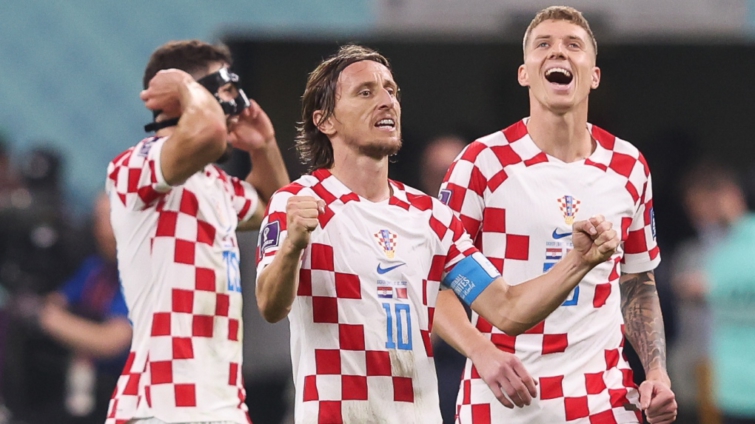 Croatia showed their class once more by clinching their third top-three finish at the World Cup with a play-off victory over history-makers Morocco.

Zlatko Dalic’s side were runners-up to France four years ago and confirmed their status as one of the elite footballing nations with another third-place finish to go alongside that secured in their competition debut in 1998.

Mislav Orsic curled in a sumptuous second for Croatia via the post three minutes before half-time and struck a thumping, deflected drive into the side-netting after the break.

The second half could not match the energy of a thrilling opening period and Morocco failed to find an equaliser as a fruitful campaign ended in back-to-back defeats.

It’s the game no team wants to be involved in but in the end Croatia, a country with a population under 4 million, will be highly satisfied with another outstanding showing on the global stage.

At the heart of the team is influential skipper Luka Modric, running the show once again at the age of 37 on his 162nd cap, though this could well be his last appearance at a World Cup.

Croatia’s opener was straight off the training ground, Ivan Perisic flicking on a free-kick which was latched on to by Gvardiol’s brilliant finish, flying through the air to head into the far corner.

But Morocco levelled immediately courtesy of Dari, a looping ball falling into his path to convert from a few yards out and spark rowdy celebrations in the stands.

Teenage midfielder Bilal El Khannouss, making his Morocco debut at 18, showed confident touches but was culpable for Croatia’s second goal, giving the ball away deep in his own half and ultimately handing over victory.

Marko Livaja laid the ball off for Orsic, who curled a glorious first-time finish past the despairing reach of goalkeeper Yassine Bounou and into the net via the post.

Sevilla striker Youssef En-Nesyri had Morocco’s best chances for an equaliser, forcing knockout round penalty hero Dominik Livakovic into a sharp save from close range and heading on to the roof of the net in injury time.

Walid Regragui’s men made history by becoming the first African side to reach the semi-finals and their passionate players and supporters have lit up this tournament.

Their following sang and banged their drum for the entirety of this game and, despite being beaten in the last four by defending champions France and here by Croatia, they will look back on their achievements at this tournament with fond memories.

DISCLAIMER: The Views, Comments, Opinions, Contributions and Statements made by Readers and Contributors on this platform do not necessarily represent the views or policy of Multimedia Group Limited.
Tags:
2022 FIFA World Cup
Croatia
Morocco