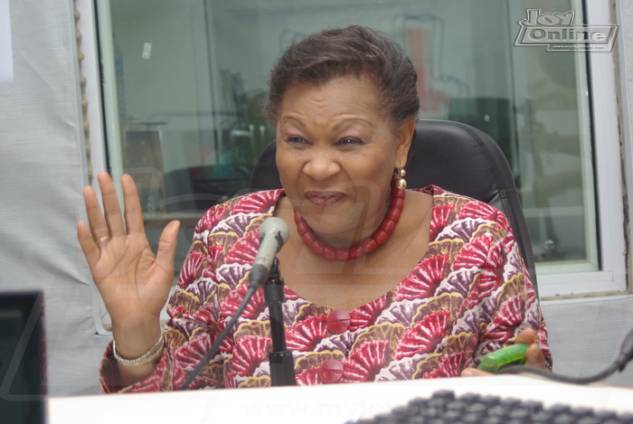 A member of the Board of Trustees for the National Cathedral project, Reverend Dr Joyce Aryee, says she is hopeful the country’s current economic crisis will not affect donations for the construction of the project.

Speaking at a news conference in Accra to announce the establishment of a call centre for the project, Rev Aryee said the resilience of human beings in worse situations encouraged her that the economic hardship would not deter individuals from donating towards the project.

“You know, human beings are so resilient. I am 76. I have lived through worse economic times in our country, therefore, I know economic times are as transient as the seasons of life,” she said.

She added that: “God has a way of touching our lives in ways that sometimes we don’t understand. We are still going to church, aren’t we? And we are still making donations, aren’t we? But times are difficult and that’s what gives me hope that never mind how difficult times are, some people will willingly support me. And that’s what we are looking for.

“We are looking for willingness, we are not looking to pressurize anybody. That’s how God also works. He deals with people who are willing to do what needs to be done.”

The call centre is to provide adequate information about the progress of the project as well as people who would want to contribute.

It was established by the National Cathedral Secretariat and the Board of Trustees.

Rev Aryee reiterated that the Cathedral was a historical project with great relevance for the nation, emphasising that many Ghanaians must come together to build the edifice for God and the country.

Construction of the $450 million edifice has been saddled with controversies and misinformation since plans for the project were announced.

Rev Aryee noted that the call centre would also deepen the relationship between the Secretariat, the trustees and the public to ensure the smooth delivery of the project.

“The ultra-modern centre is readily available to assist with information to the public on issues concerning the Cathedral, especially information on those willing to contribute towards the completion of the project.”

“The attendants are well trained and will be able to also engage with those who have already contributed and would like to know more about the progress of the project,” she added.

She urged the public to make use of the center by contacting its dedicated number— 0307000606.

The National Cathedral is a 5,000-seater auditorium being undertaken by the government.

The project, which is expected to be opened in March 2024, when completed would bequeath to the country a gracious national park for Ghanaians, bringing new skills, technology and jobs to the country.

It will also act as a beacon to national, regional and international tourists.

DISCLAIMER: The Views, Comments, Opinions, Contributions and Statements made by Readers and Contributors on this platform do not necessarily represent the views or policy of Multimedia Group Limited.
Tags:
Joyce Aryee
national cathedral
President Akufo-Addo