'Cut your coat according to your size' - Prof Appiagyei-Atua to MPs on payment of ex-gratia - MyJoyOnline.com 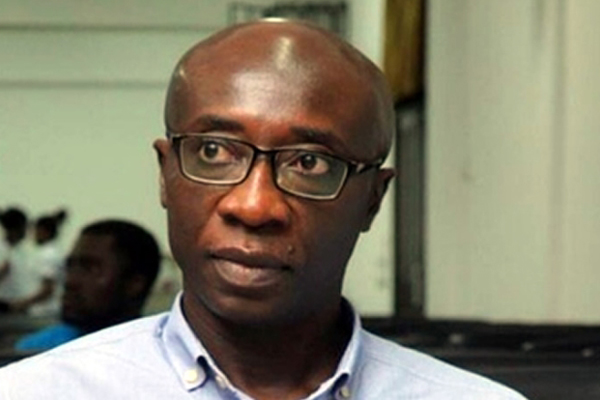 Professor Kwadwo Appiagyei-Atua of the University of Ghana School of Law has stated that the payment of ex-gratia to Members of Parliament (MPs) is not justified.

As a result, he wants it to be scrapped.

He insisted that the political elite are taking advantage of it “to milk the state.”

As such, he urged MPs who bank their hopes on ex-gratia to live within their means.

“No, it cannot be justified, and I think that Parliament should sit up and say that, if you are saying that you spend too much due to campaigning and so on, be circumspect in your campaigning, because that is where corruption starts.”

“Cut your coat according to your size if you know you are not expecting ex-gratia, you’ll know how to organize your political campaign.”

Prof. Appiagyei-Atua also rejected the justification by the Speaker of Parliament for the payment.

“If you are talking about the fact that ex-gratia is made available to everyone whether you win elections or lose and don’t come back, you are entitled to that, then how can you call that a retiring benefit?

“They also need to look at the fact that it is a huge amount of money and the justification that the Speaker is putting to it, it is not just. Because, if you are paying for people’s funerals and school fees and so on, why do you turn around to the government to pay that money back to you.

“It is a way you want to use to return to power, and it is purely at the discretion of that MP to use that money just to hold on to power. So I think it is not justified.”

The Rt. Honourable Speaker at a public lecture at the University for Professional Studies, Accra, on Wednesday, June 15, justified the payment of ex-gratia to Members of Parliament.

According to him, MPs do not benefit much from ex-gratia as the public perceives.

He explained that the money spent by Members of Parliament to campaign for their elections is three times more than the ex-gratia they receive.

The subject of ex-gratia recently resurfaced following the former Council of State member, Togbe Afede’s decision to reject over 300 thousand Cedis paid to him after serving on the National Council of State between 2017 and 2020.

The netizens praised him for protecting the public purse and thinking of the growth and development of the country. Even though, some people didn’t agree with him.